One of the main objectives with these actions is being able to create a positive connection with national and regional media, enabling them to have specific knowledge about nature and its conservation and sharing experiences and methods. 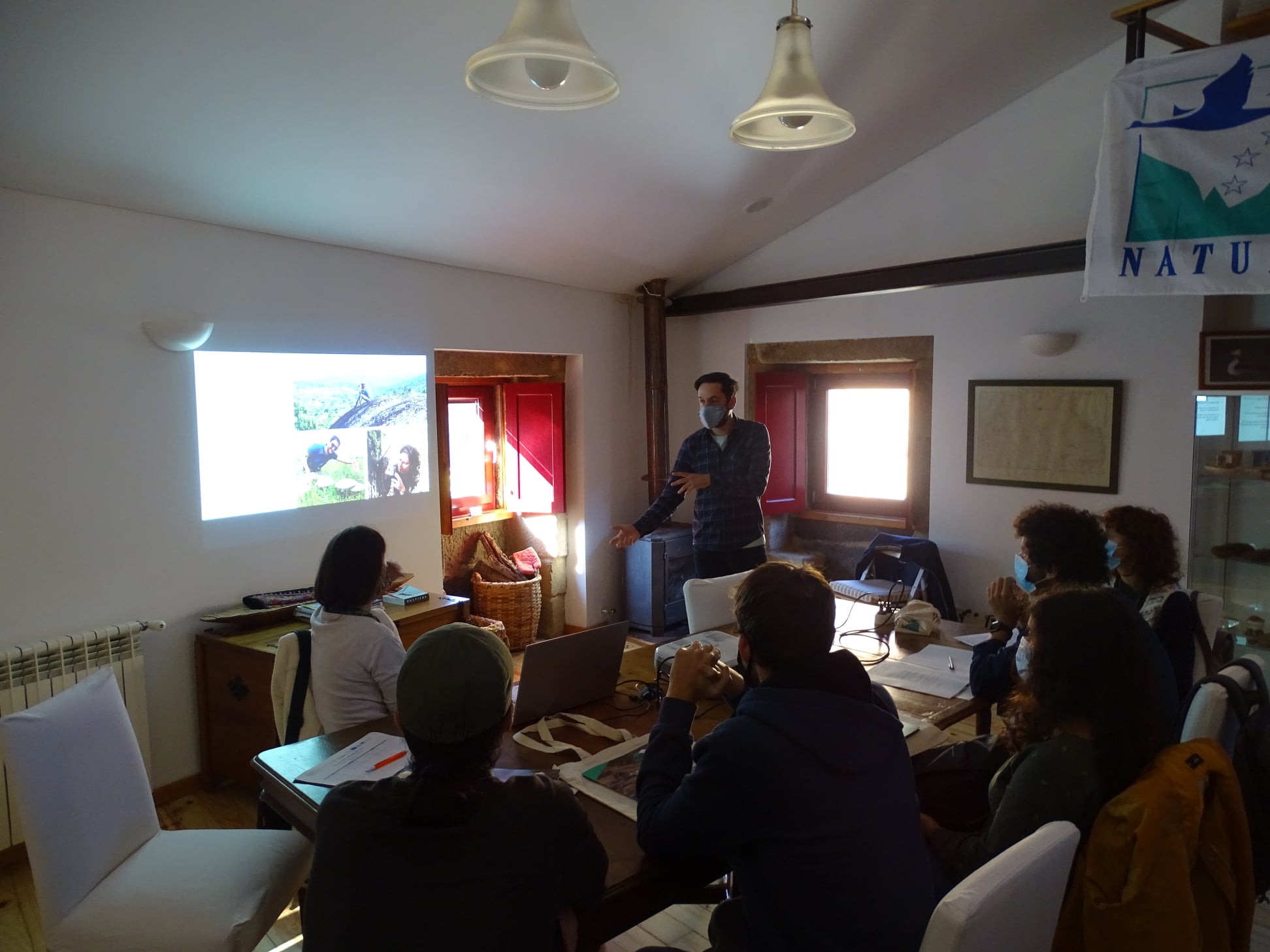 The first training given by Rewilding Portugal to media that established collaborative partnerships with the organization took place last Saturday, October 10. This training took place with the first national media partner, the Comunidade Cultura e Arte, the largest online platform for cultural, heritage and now environmental information in the entire country, with a current target audience of more than half a million readers .

This training took place in Figueira Castelo Rodrigo, and in the morning the theoretical part was held at Casa da Cisterna, where our team explained in more detail what this rewilding approach consists of, the projects that are underway in Portugal in this context (LIFE WolFlux and Scaling Up Rewilding in the Greater Côa Valley) and also the biggest challenges in the correct communication of these topics and the connection to the media. To this end, several examples of news were used in which the counterpart was not contacted, nor experts in the area in question, as well as the use of sensational titles that in most cases do not reflect what happened, leading readers to make judgments of very precipitous value and which keeps making problems to the nature conservation work carried out on the ground. 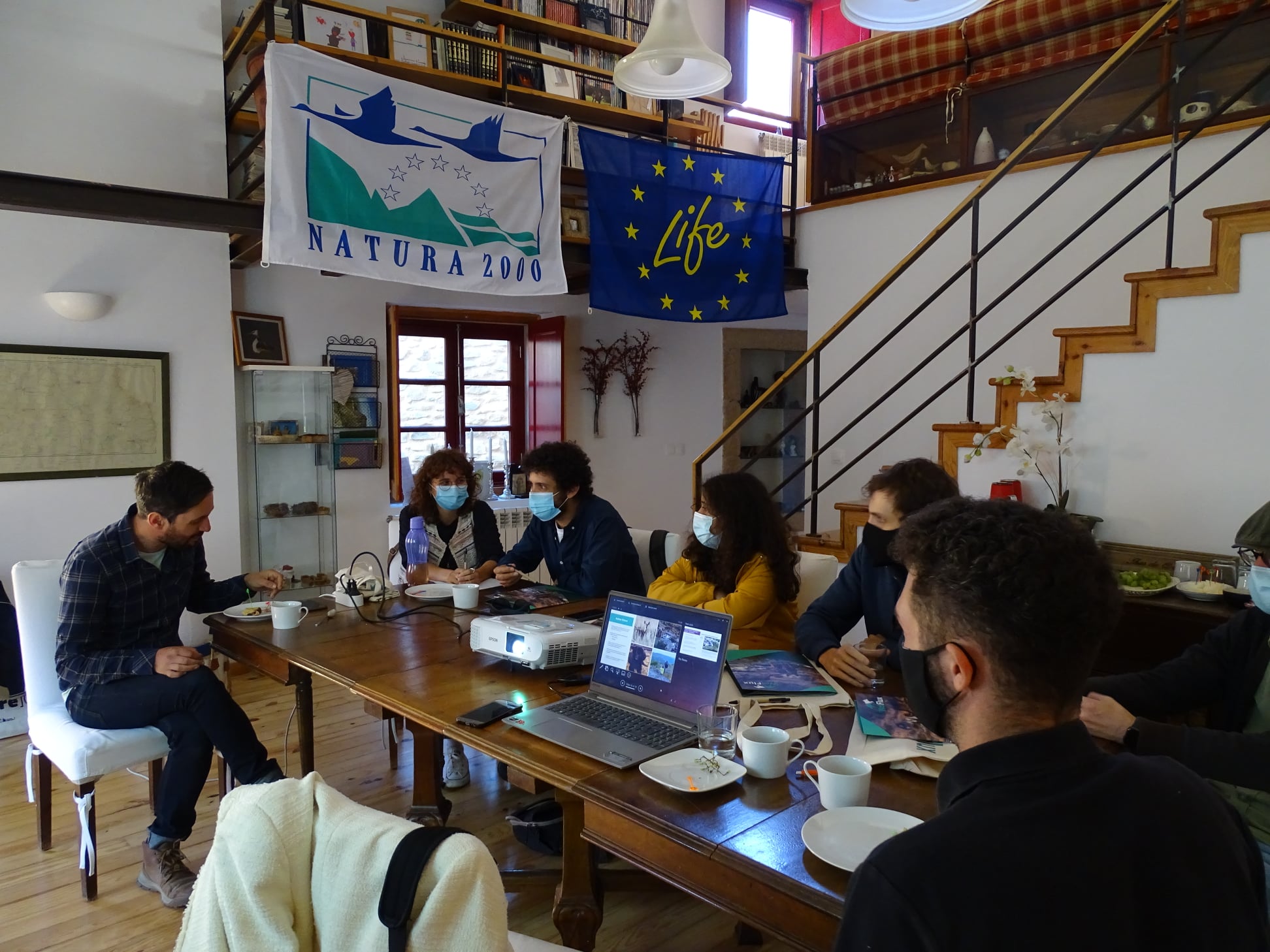 There was also space for debate and exchange of ideas between the five members of Comunidade Cultura e Arte present in the training and the members of Rewilding Portugal, to establish bridges and better ways to address these issues. Rui André Soares, founder and director of this platform, said that the “Comunidade Cultura e Arte has this mission of substantiating all published information very well, with reliable and sustained sources, not failing its public and those who follow its work and who trust them”.

Lunch was also served by Casa da Cisterna, a regular partner who once again proved to be very well prepared to receive this type of events. 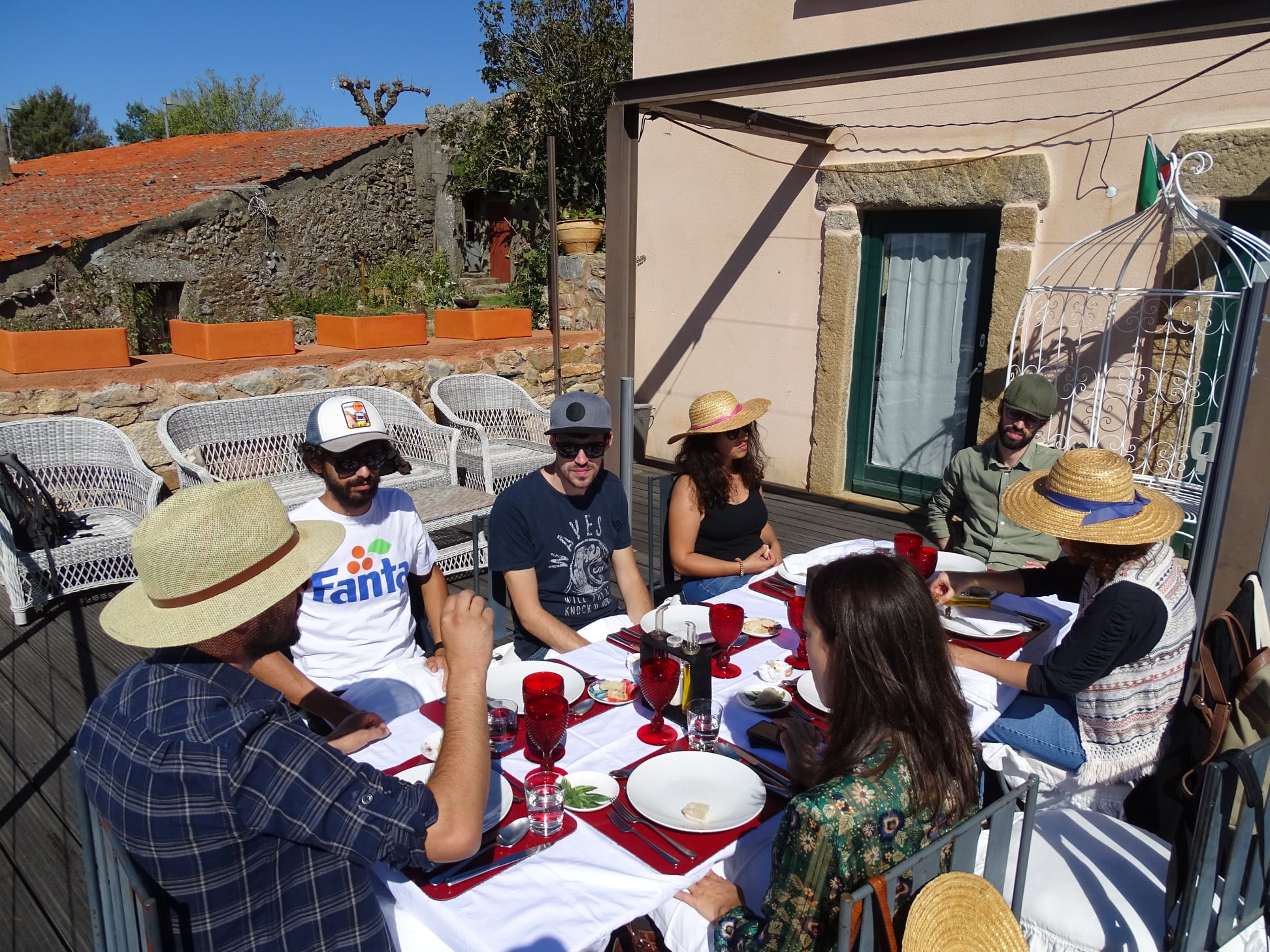 In the afternoon, the practical part of this training took place, in the Faia Brava Reserve, the only private reserve dedicated to nature conservation in our country that belongs and is managed by our ATNatureza partners and one of the central areas for rewilding projects that have been developed in Portugal.

In this part of the visit, Vanda Brás, Executive Director of ATNatureza, was present, who, together with the members of Rewilding Portugal present, namely the team leader Pedro Prata, explained better and concretely on the ground the work that has been developed in practice by these projects and how this idea of ​​rewilding has been implemented in nature conservation in Portugal. 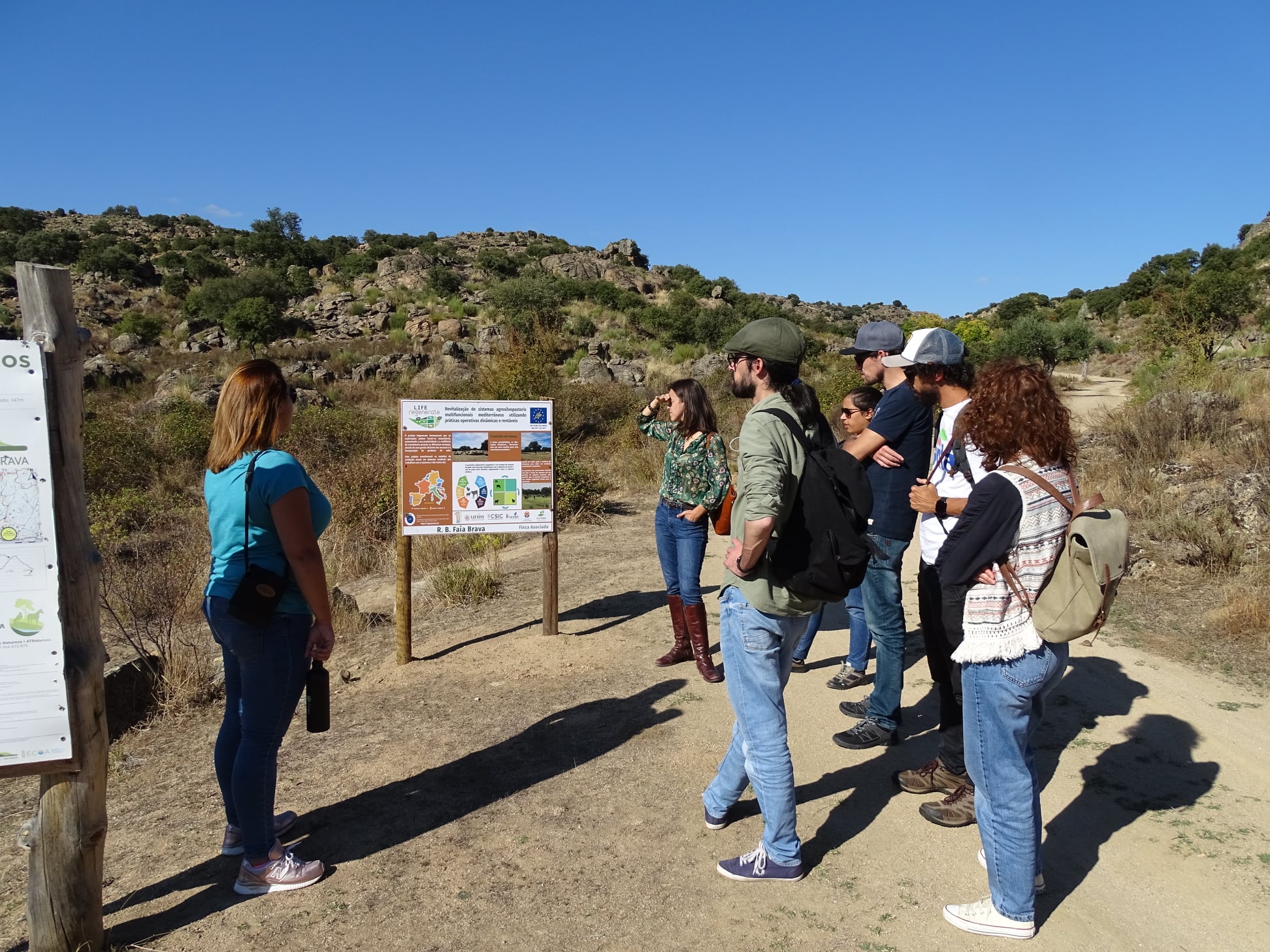 Part of the Biologists Trail of this property was made and the journalists had the opportunity to see the richness of the region’s flora and fauna, namely through direct observation, and it was also possible to see, through binoculars, the presence of some scavengers, which play a key role in ecosystems and specifically in this area of ​​the country.

In this more practical way, members of the Comunidade Cultura e Arte were able to see what had been explained and covered in the theoretical part during the morning and better understood in practice much of what they will communicate about the action of Rewilding Portugal and partners in the coming years.

The importance of a good relantionship with media

One of the main objectives of Rewilding Portugal’s work is to be able to create a positive connection with national and regional media, enabling them to have specific knowledge regarding nature and its conservation and sharing experiences and methods.

This process of sharing and learning is fundamental to disseminate the actions and updates of the work that is being done in the field, as well as to make the new approach to nature conservation known as rewilding known to the national and local public, as well as to improve and specialize the information that these media transmit to their audience when dealing with topics related to nature and its conservation, especially when talking about certain species that are fundamental to ecosystems and nature in Portugal that have been creating some negative animosity in the communities.

This joint work aims to turn the media into true stakeholders in nature conservation, making these agents active in building a better future for nature in Portugal, wilder and with less human intervention in its processes. 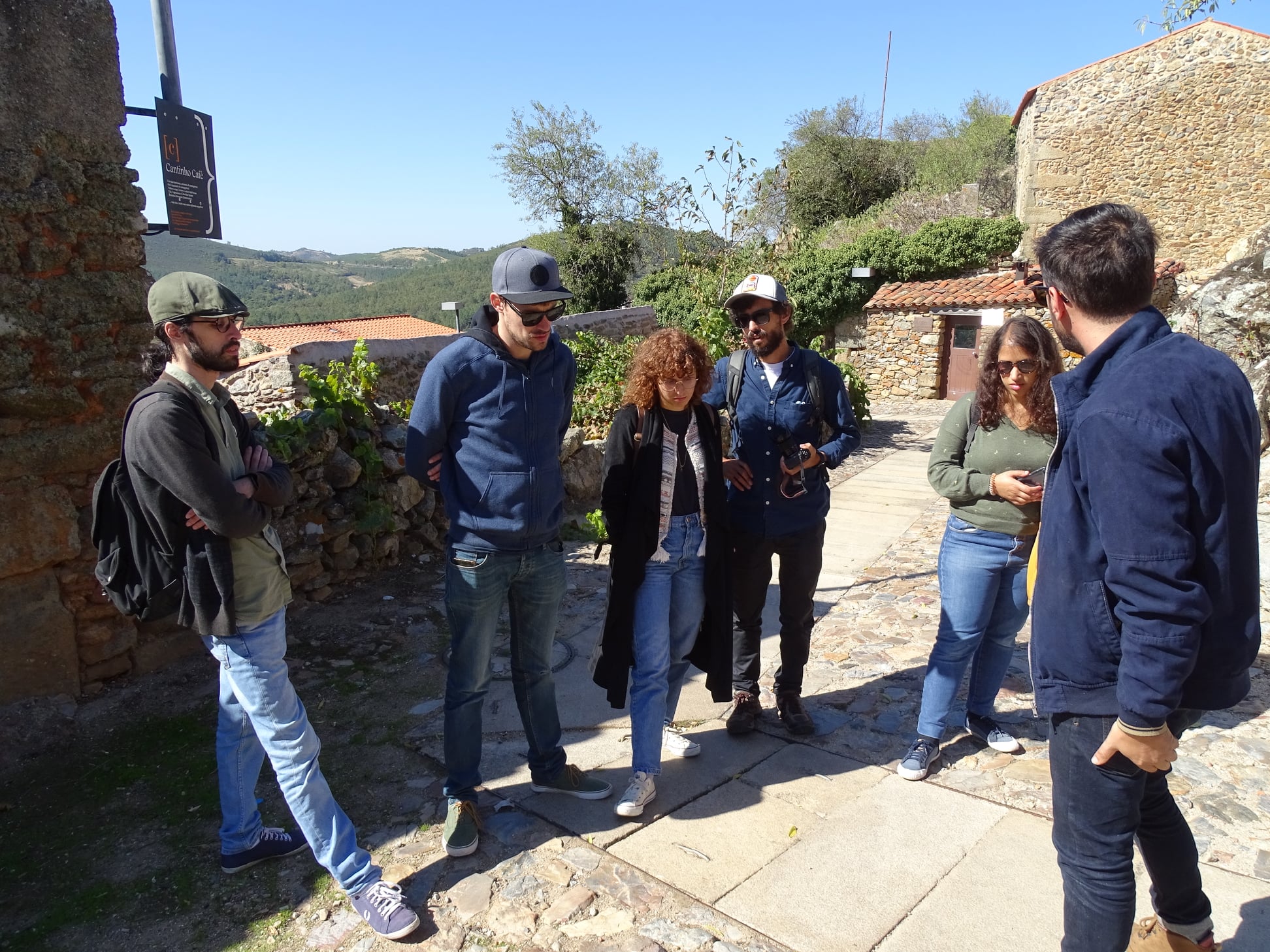 Financed by the European Commission and co-financed by the Endangered Landscapes Programme, the objective of the LIFE WolFlux project is to promote the improvement of the conditions of the Iberian wolf south of the Douro River, while the project “Scaling Up Rewilding in the Greater Côa Valley” is financed entirely by ELP, recently created thanks to an investment by Arcadia, the charity of philanthropists Lisbet Rausing and Peter Baldwin, based in the United Kingdom and which supports non-profit and academic institutions that preserve cultural heritage and the environment for across Europe. This fund is managed by the Cambridge Conservation Initiative.

With the rewilding efforts currently expanding in the Iberian Peninsula, and especially in the Greater Vale do Côa, this project aims to create and reinforce a 120,000 hectare wildlife corridor to connect the nature of the entire region and reconnect it with the Europe.

Rewilding Portugal counts on both projects with its partners: Rewilding Europe, ATNatureza, University of Aveiro and Zoo Logical.