Rewilding Portugal, representing the projects and respective partners, signed a collaboration protocol to share and disseminate information with Comunidade Cultura e Arte. It is the first national protocol. 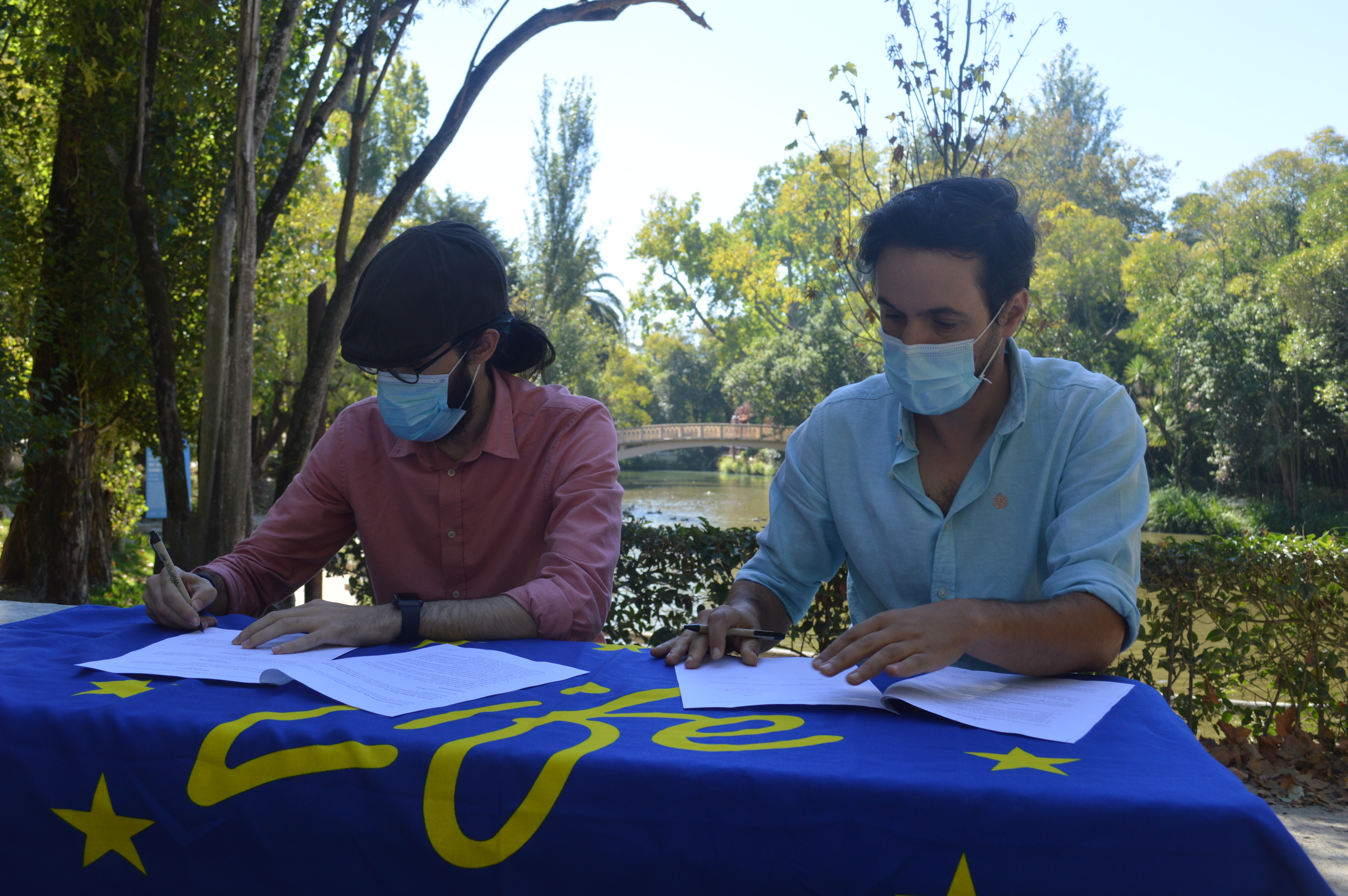 Rewilding Portugal celebrated on the morning of the 2nd of September, Wednesday, a collaboration protocol with Comunidade Cultura e Arte. The protocol was celebrated at Dom Pedro Park, in Aveiro, with Rewilding Portugal being represented on the spot by Pedro Prata, team leader, and Marta Cálix, project manager, while Comunidade Cultura e Arte was represented in the person of its director and founder Rui André Soares and its marketing director and commercial manager, Marcos Coelho. This protocol, the first signed with a national media, after two regional protocols, provides a close collaboration in the sharing of information from Rewilding Portugal and its projects, mainly in the areas  in which both entities touch each other (namely tourism and multimedia content), so Comunidade Cultura e Arte can disseminate and promote them. In return, members of  this plataform will be entitled to specific theoretical and practical training in this area of ​​nature conservation, among others, under the responsibility of Rewilding Portugal.

Comunidade Cultura e Arte is an online communication project, whose main mission is to popularize and honor culture and art in all its aspects and encourage, in the community, social and cultural debate. Thus, it stands out for its rigor, exemption, independence from political or private powers and with creative orientation for readers.

Rewilding Portugal is the coordinator of the LIFE WolFlux project (LIFE17 NAT / PT / 00554), financed by the European Commission, within which the Iberian wolf conservation actions are developed south of the Douro River, and has the role of promoting the dissemination of information on this species and measures that promote coexistence in the region. Additionally, Rewilding Portugal is also one of the partners of the project Scaling Up Rewilding in the Greater Côa Valley, coordinated by Rewilding Europe and financed by the Endangered Landscapes Programme, managed by the Cambridge Conservation Initiative and financed by Arcadia, a fund of Peter Baldwin and Lisbet Rausing. This project aims to enhance the natural and cultural heritage of the region, promoting local economies based on nature. Both of these projects are being developed by a partnership, which in addition to Rewilding Portugal and Rewilding Europe also includes the University of Aveiro, ATNatureza and Zoo Logical.