Rewilding Portugal celebrated on Thursday, June 19, a collaboration protocol with Rádio Cova da Beira, a local radio station that celebrated 34 years of existence on that day 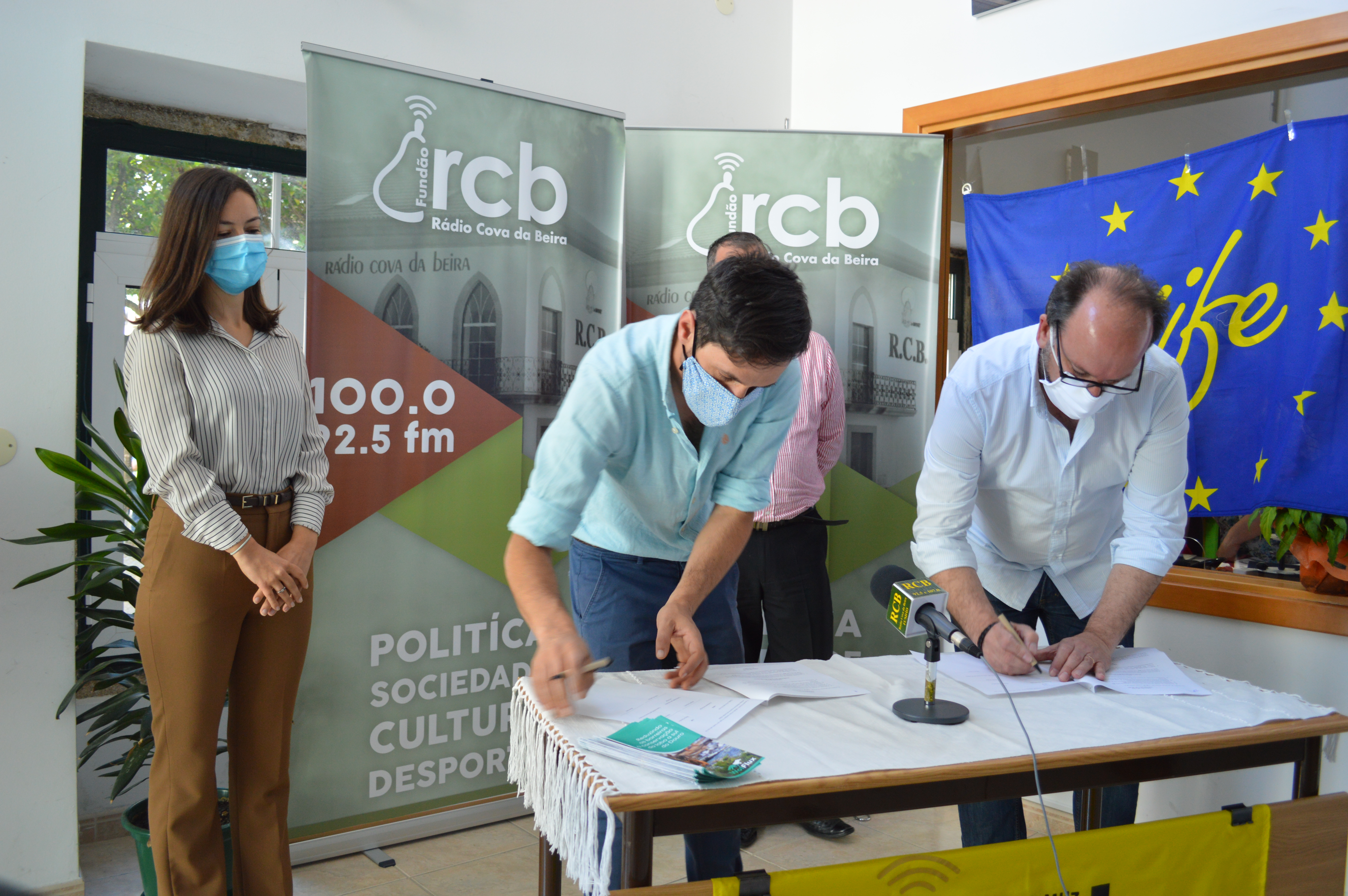 Rewilding Portugal celebrated on the afternnon of June 19, Thursday, a collaboration protocol with Rádio Cova da Beira, which was celebrated at the headquarters of this radio station, inserted in the commemorations of its 34th anniversary. Rewilding Portugal was represented by Pedro Prata, team leader, and Marta Cálix, project manager, while Rádio Cova da Beira was represented in the person of its president Miguel Nascimento and its treasurer, Carlos Morgadinho. This protocol aims a close collaboration in the information sharing of Rewilding Portugal and its projects, so that Rádio Cova da Beira can disseminate and promote it. In return, the journalists of this radio station will be entitled to specific theoretical and practical training in this area of ​​nature conservation, among others, under the responsibility of Rewilding Portugal, in order to carry out more informed and more rigorous scientific journalism on these topics.

Rádio Cova da Beira is a radio station, with a strong presence in the municipalities of Fundão, Covilhã, Penamacor, Belmonte and Castelo Branco, which stands out for its rigor, exemption and objectivity, allowing the possibility of expression and confrontation of the various currents of opinion , by stimulating creation and free expression of thought. As such, it can play an important role in the regional dissemination of information on the nature protection work of Rewilding Portugal and its partners.

Rewilding Portugal is the coordinating entity of the LIFE WolFlux project (LIFE17 NAT / PT / 00554), financed by the European Commission, within which conservation actions for the Iberian wolf are developed south of the Douro River, and has the role of promoting the dissemination information about this species and measures that promote coexistence in the region. Additionally, Rewilding Portugal is also one of the partners of the project Scaling Up Rewilding in the Greater Côa Valley, coordinated by Rewilding Europe and financed by the Endangered Landscapes Program, managed by the Cambridge Conservation Initiative and financed by Arcadia, a fund of Peter Baldwin and Lisbet Rausing. This project aims to enhance the natural and cultural heritage of the region, promoting local economies based on nature.

Both of these projects are being developed by a partnership, which in addition to Rewilding Portugal and Rewilding Europe also includes the University of Aveiro, AT Natureza and Zoo Logical.