Rewilding Portugal launched today its annual report, where you can find out more about the rewilding approach, the team, the projects and so much more. Loose yourself in the beautiful photographs and amazing stories of 2019. See our year in review!

The start of a new organization

Rewilding Portugal was born in January 2019 and was created to promote nature conservation and rewilding in Portugal. 2019 was a great year for rewilding in Portugal. The Greater Côa Valley rewilding area is an amazing region rich in biodiversity that connects the Douro river in the north to the Malcata mountains in the south, close to the border between Portugal and Spain.  High rates of rural abandonment in the region have created an opportunity to bring nature back and promote a nature-based economy that is more sustainable in the long-term. Rewilding Portugal is the strategic partner of Rewilding Europe and is working with other local partners such as Zoo Logical, the University of Aveiro and ATNatureza, with the common goal of making Portugal a wilder place.

Now with seven team members, Rewilding Portugal has the challenging mission of promoting a different conservation philosophy, one on which nature is allowed to heal  itself, with the minimum amount of human intervention possible. 2019 was the kick-off point for bigger goals that are still to be achieved.

The balance of 2019 for Pedro Prata, team leader of Rewilding Portugal could not be better. “The balance of the first year of Rewilding Portugal’s activity, could not be more satisfactory and make us prouder. We started two large projects and our own activity, which required a huge effort and seriousness that we executed very responsibly. The results that we can already see include a dynamic, effective and united team, which carried out important preparatory work, fundamental for what comes next.”

With this annual report we can share with the public what has already been done in the past year and our future objectives for this year – the beginning of a beautiful story for rewilding in Portugal. You can find and read the complete version, only in Portuguese, here.

Scaling Up Rewilding in the Greater Côa Valley

The Greater Côa Valley connects the Malcata mountains to the Douro river in northern Portugal. Reinforcing the natural wildlife corridor in this area is fundamental to the long-term stability of many species, including threatened ones. This project, coordinated by Rewilding Europe, has the aim to reinforce this natural corridor and help it recover its functionality. Ecologic restauration in the area can contribute towards creating a more coherent ecosystem and help build a nature-based local economy, in which animals and wildlife will be the main agents modelling the landscape.

During this year key areas were identified along the Greater Côa Valley – habitat islands that, if protected, can increase the connectivity of the whole area. One of the strategies to protect these places is to acquire some proprieties in these areas to create small nature reserves that are managed according to rewilding principles.

Scavengers have an important role in this project as well. In 2019, seven griffon vultures were tagged with GPS transmitters in the Greater Côa Valley by Rewilding Portugal and ATNatureza. The data collected by these transmitters are providing information on the location of the animals over time, which enables the study of their feeding habits, and will provide important information for future actions, including the creation of a network of farmers who are allowed to leave the carcasses of their domestic animals out in the field.

Helping the Iberian wolf south of the Douro river

In Portugal, the Iberian wolf population is divided by the Douro river. While the situation of the species is more

The LIFE WolFlux project aims to address the socioecological barriers to the long-term viability of this subpopulation, promoting a better coexistence with farmers through the implementation

of damage preventive measures like livestock guarding dogs and fences. In addition, the project is also focused on ensuring the availability of wild prey such as roe deer, protecting the habitat from important threats such as wildfires and poaching, and promoting more nature tourism in the region. To reach these goals, during 2019, Rewilding Portugal and local partners have monitored the Iberian wolf and wild ungulate populations to gain a better understanding on their status and distribution. The team also identified important hotspots in the region where upcoming conservation actions should be focused, such as working with farmers to implement these damage preventive measures (such as livestock guarding dogs) and listening to the views and experiences of local communities through a public attitudes study.

Ribeira do Mosteiro, recovering the valley

The Ribeira do Mosteiro valley is one of the most emblematic places in the International Douro National Park, with incredible geological, biological and cultural patrimony. In 2017, the valley suffered a huge forest fire, affecting more than a third of its area, conducting to big changes and effects in the landscape.

During the last year, Rewilding Portugal assumed the responsibility of managing some proprieties in the valley, with the aim of helping in the process of recovery of one of the most important ecological corridors in the Douro margins. 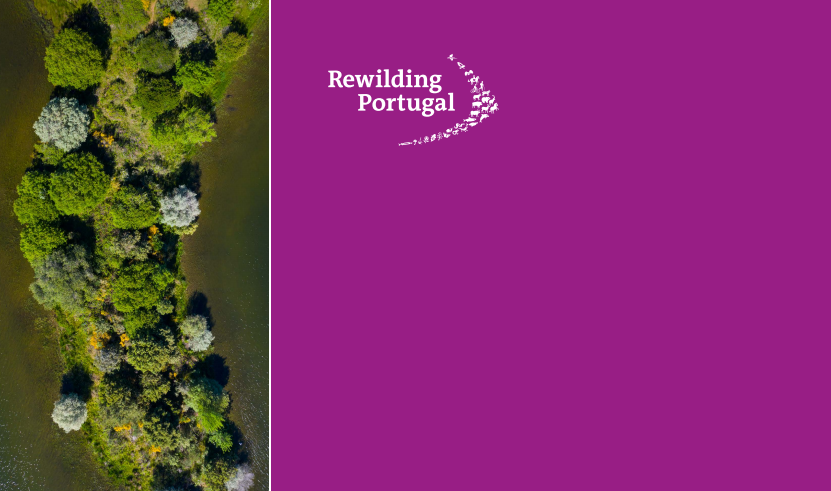