Rewilding Portugal, together with Rewilding Europe and Nature Tourism Development, developed another training for nature guides after the success of the training carried out in 2021. This time within the scope of the LIFE WolFlux project, the training, focused on wolf tourism , intended to train nature guides that already exist in the territory or intending to develop this activity, related to this emblematic and endangered species, so that responsible tourism can be carried out in relation to it in this territory. 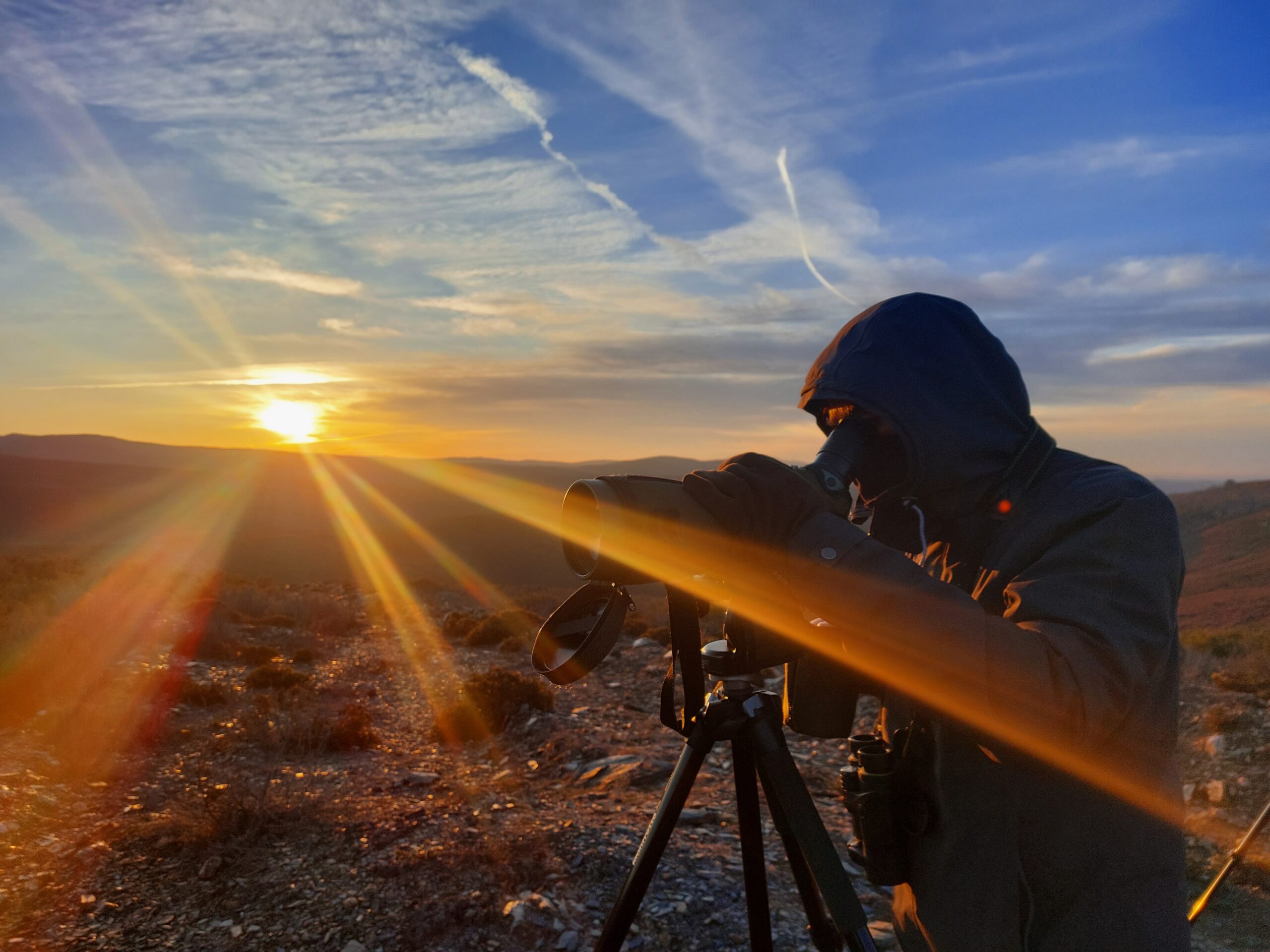 With the difficulties that the Iberian wolf is facing south of the Douro River, with isolated packs and a fragmented subpopulation with difficulty in subsistence in the territory, it is increasingly important that nature guides who work in these territories where this species still exists or where it once existed and may re-establish itself, understand the care to be taken in the development of their activity, so that it no longer represents a difficulty or obstacle to the presence of this species in the territory. In November 2021, an initial training had already been carried out to train nature guides in the region.

From the 4th to the 7th of April 2022, this second guide training, more specialized and dedicated to wolf tourism, took place between two locations: Pinhel and Sanabria. The objective was to demonstrate a case of success and responsibility of those who have been working actively and for many years in this segment of nature tourism, in this case in Sierra de la Culebra, in Sanabria, a region where wolf tourism is already being highly profitable and positive for local communities, generating 1.8 million euros annually, in data published by the Spanish Government in 2017 (Llobu, 2021), and then trying to apply this knowledge to the Portuguese reality, believing that it is a tourism with a future and that may, in fact, have benefits for the conservation of the species if the correct precautions and practices are taken to do so. 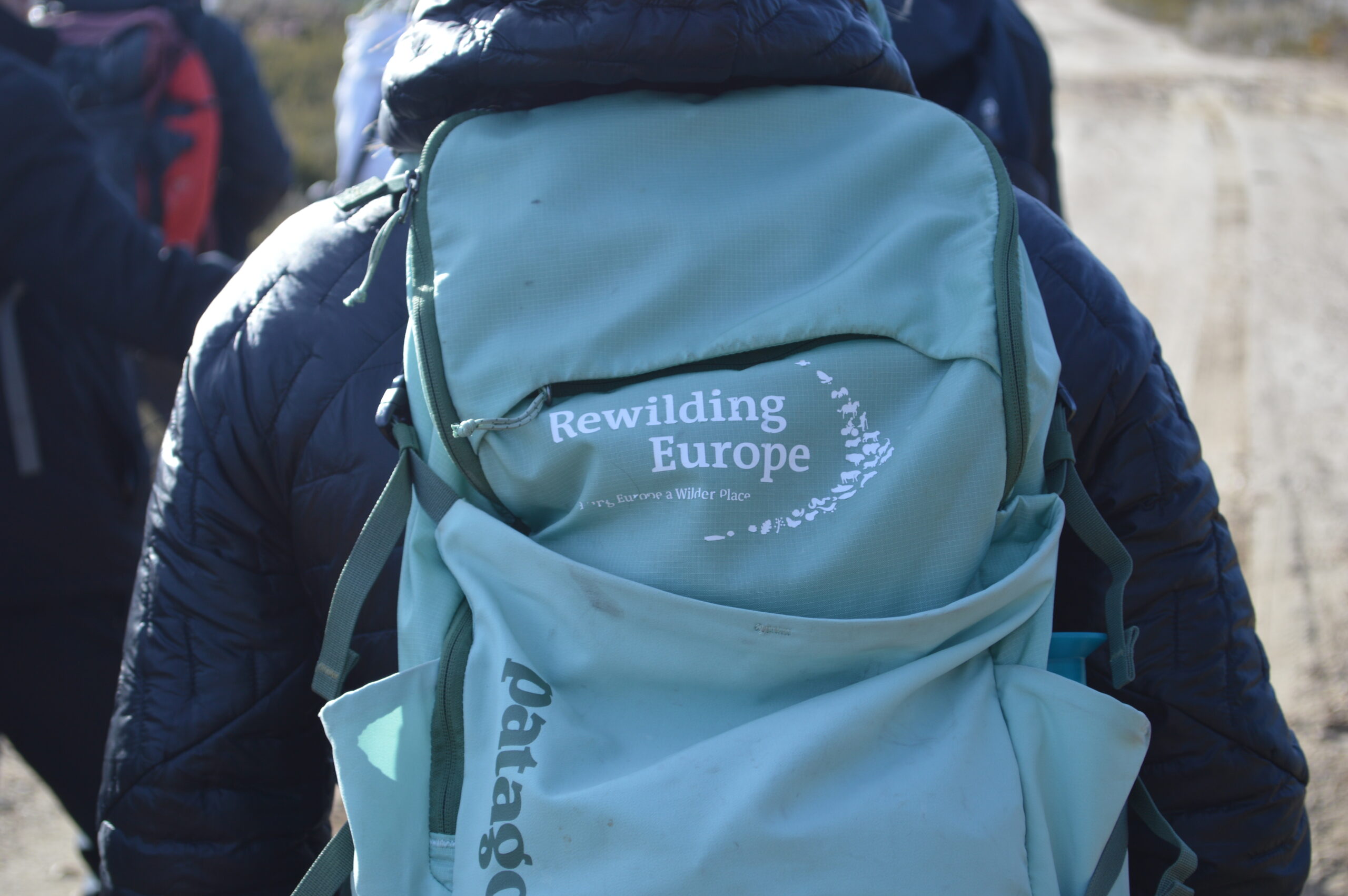 The training started with a welcome session at the Rewilding Center, in Vale de Madeira, in the municipality of Pinhel, to welcome the eight participants in this training session (Bruno Passo, Daniela Pereira, Fernando Romão, Isabel Sousa, Lemuel Silva, Marco Ferraz, Samuel Ribeiro and Vera Cardoso), chosen from among dozens of candidates, in order to fit them into the training and what they would live and experience in the following days, as well as how they would be evaluated to confirm the successful completion of it. Then the group left for Sanabria, where they had a wolf tourism session, with Javier Talegón, specialist and mentor of the Llobu project, which develops all its activity dedicated to this species in Sierra de la Culebra. A very important session, which gave a lot of useful advice and practices to the participants on how to build a tourism activity around this species, which correct practices to adopt and all the precautions to be taken throughout the process.

There was also the opportunity to carry out a practical activity on the ground in the late afternoon, observing traces and trails of wolves and other wild fauna, and it was also possible, in an observation session using a telescope, to observe specimens of Iberian wolf. in the middle of the natural habitat, a moment that left all the participants excited, most of whom were seeing it for the first time. A first day that was very complete and full of incredible and very useful experiences and learning, and in which the group managed to observe several emblematic species in addition to the Iberian wolf, namely red deer and wild boar. 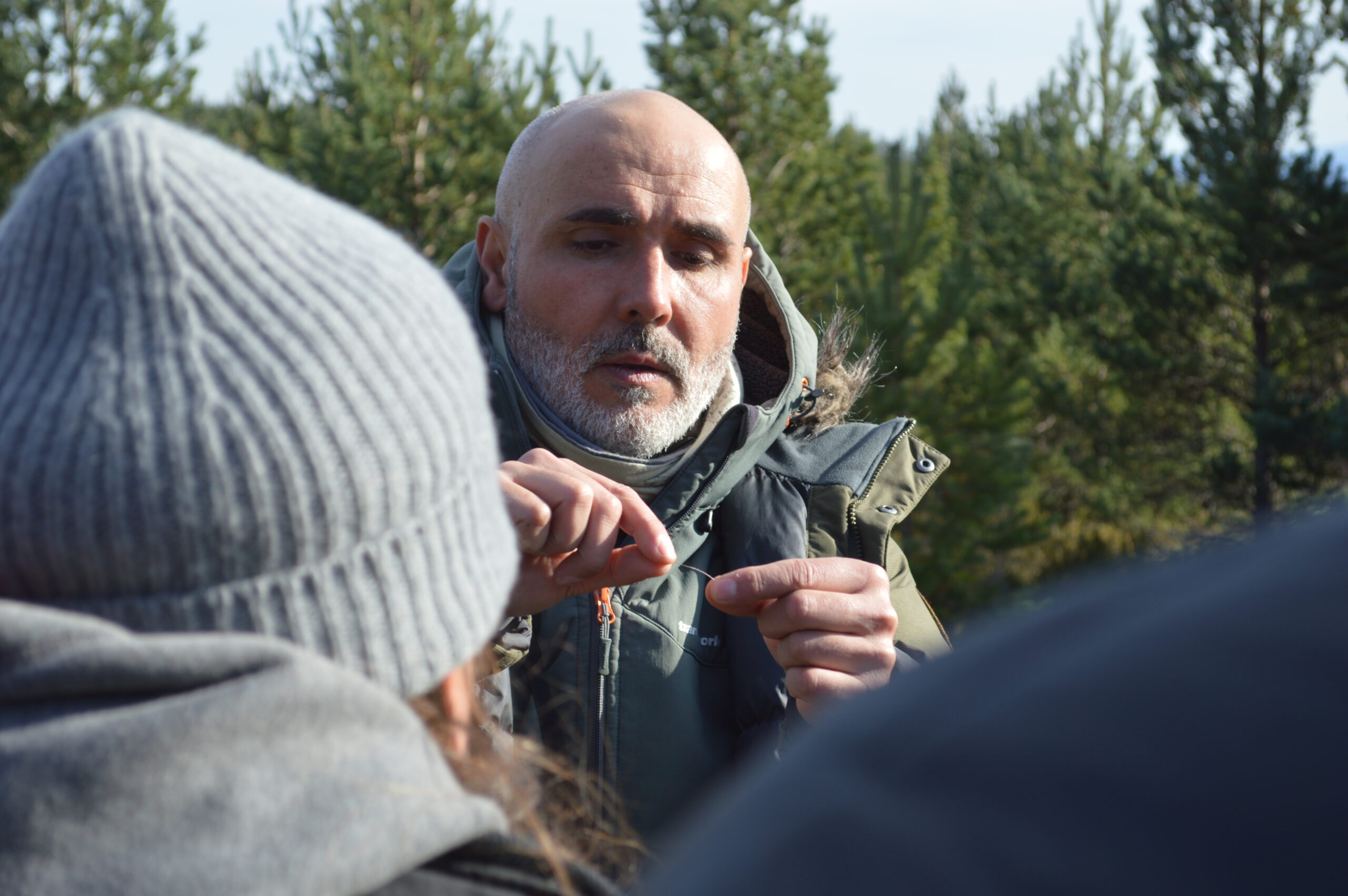 The next day, the group woke up very early to have the opportunity to observe wildlife at dawn, receiving the sunrise during this moment of observation, again in the company of the experienced guide Javier Talegón. There was also the possibility of visiting a wildlife crossing bridge installed on a high-speed train line and an old trap for wolves used in the past by the locals, which clearly demonstrates an antagonistic reality between the persecution and the coexistence with this fundamental top predator of the our ecosystems.

The group then returned to Pinhel and to the Rewilding Center, where they spent the next two days. First, an approach was made to the first two days of training, in order to keep important lessons and knowledge, followed by new theoretical and practical sessions, fundamental for their preparation and training. There was a session about the behavior and biology of this species, taught by Patrícia Gil, a CIBIO specialist, which allowed the guides to get to know the species in detail, as well as all its characteristics, behaviors, threats, etc. This was followed by a visit to the rewilding area of ​​Ermo das Águias, in Vale de Madeira, so that the participants had a more direct contact with the rewilding actions being carried out on the ground and with the tourist potential that these rewilding areas have along the Greater  Côa Valley for sustainable, ethical and informed nature tourism, even related to the Iberian wolf, but also to the entire surrounding ecosystem and what is part of it. Finally, there was still time to get to know more members of the Rewilding Portugal team and to learn more about the rewilding proposal and the vision that this team has for the nature conservation in this region in the near future. 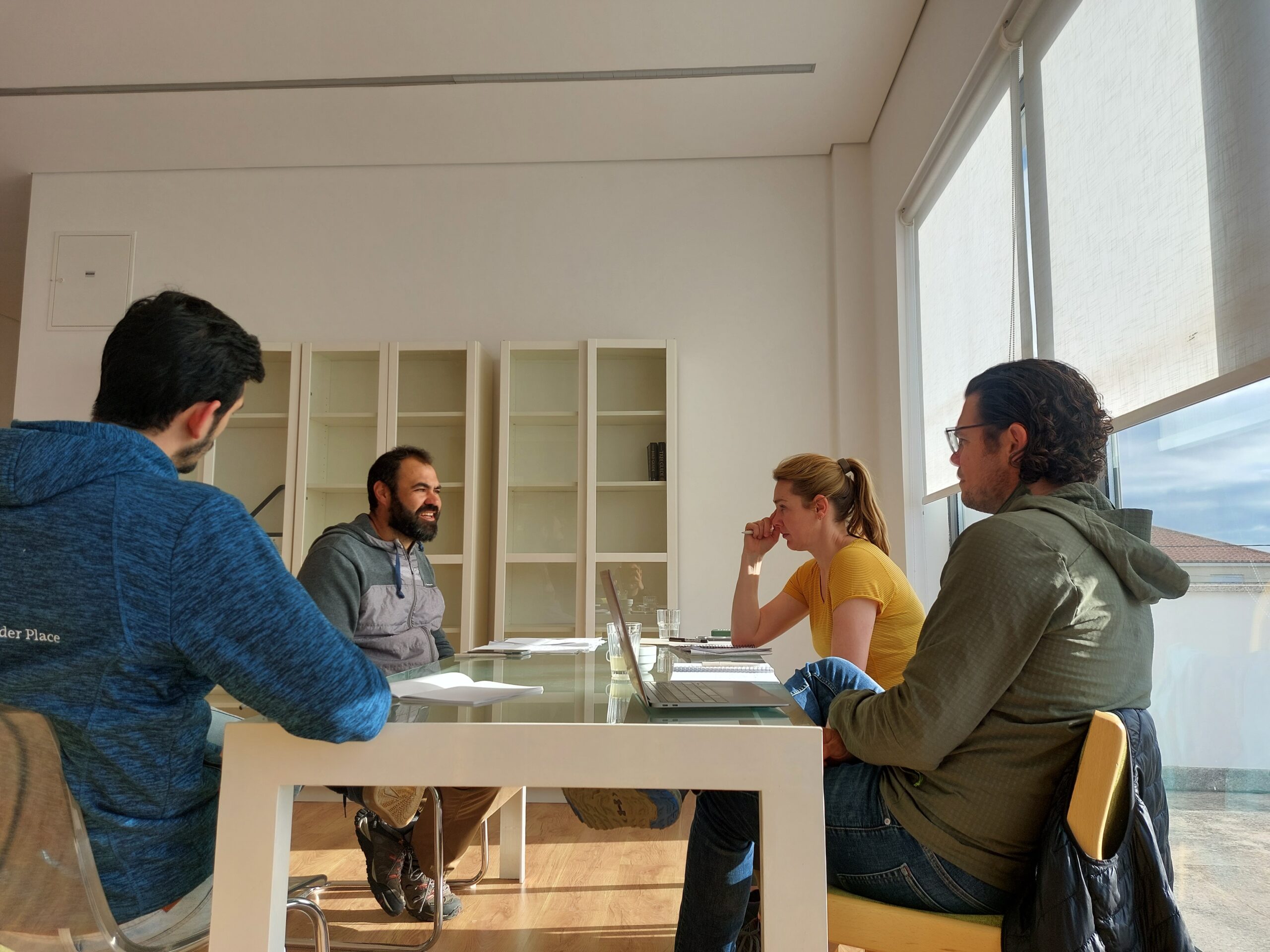 Finally, the final evaluation of the activity was carried out, with the individual presentation of nature tourism proposals for the rewilding area of ​​Ermo das Águias, in which each one proposed a nature tourism activity to be developed in the area, specifying their benefits for this conservation approach, for the local community itself and for potential customers who would benefit from it, always thinking in an ethical and sustainable way.

A successful training completed by the eight participants, who are expected to have enjoyed embarking on this adventure with Rewilding Portugal and its partners and that it has been enriching and motivating for the creation of new projects and offers to be developed in this region. soon, transforming the Greater Côa Valley into a destination of excellence in nature tourism, bringing more people to know this wildest side of Portugal.