Rewilding Portugal, to celebrate the second World Rewilding Day, organized an interpretive tour of two of its rewilding areas: Vale Carapito and Paul de Toirões, with the aim of making known its work and the actions it has been developing in the field, as well as to alert to the need to use this approach in the landscapes of Portugal and Europe. 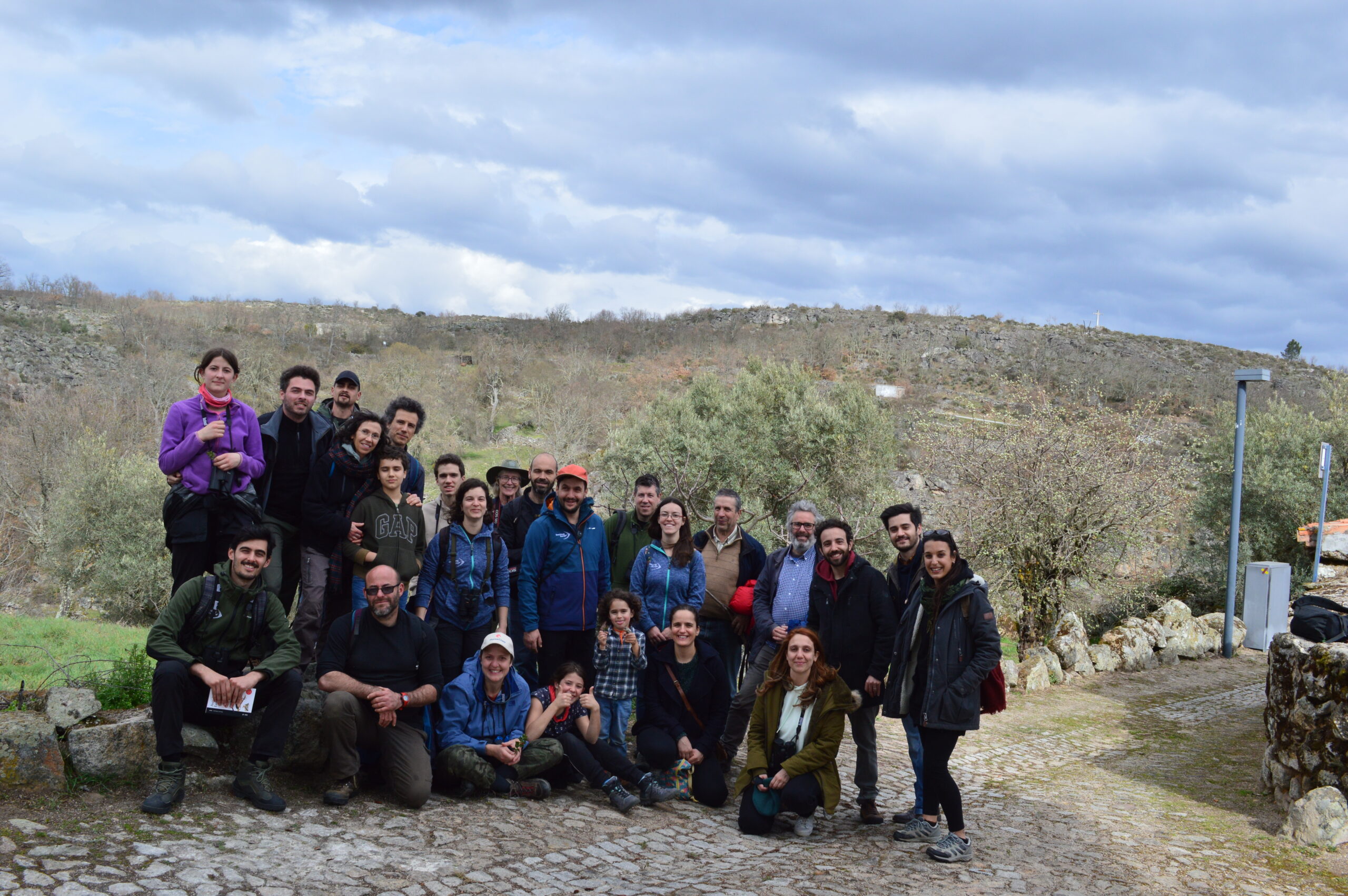 This Sunday, March 20th, was celebrated the second World Rewilding Day. We are now in an era, called the Anthropocene, in which there is less wildlife on our planet than at any other time in the history of the human race, and it is urgent to find solutions to respond to it and reverse this biodiversity decline and the climate crisis that it’s associated to it. Rewilding is a necessary path to reverse the successive mistakes of the past. It is a path of hope, a path that presents solutions and that seeks to create a wilder world.

For this reason, Rewilding Portugal decided to organize an initiative open to the public, with the aim of show more of the organization’s work, the faces behind it and the actions being carried out on the ground and within the scope of the projects in course, to be able to demonstrate why the rewilding approach is the best solution and also the best opportunity for ecosystem restoration, for reversing the decline of biodiversity and also for an effective fight against climate changes. The event had a very positive response, with a dynamic and very interactive group of 23 people coming from all corners of the country and also from abroad, to share this very symbolic day, but with the need to be effective, with Rewilding Portugal. 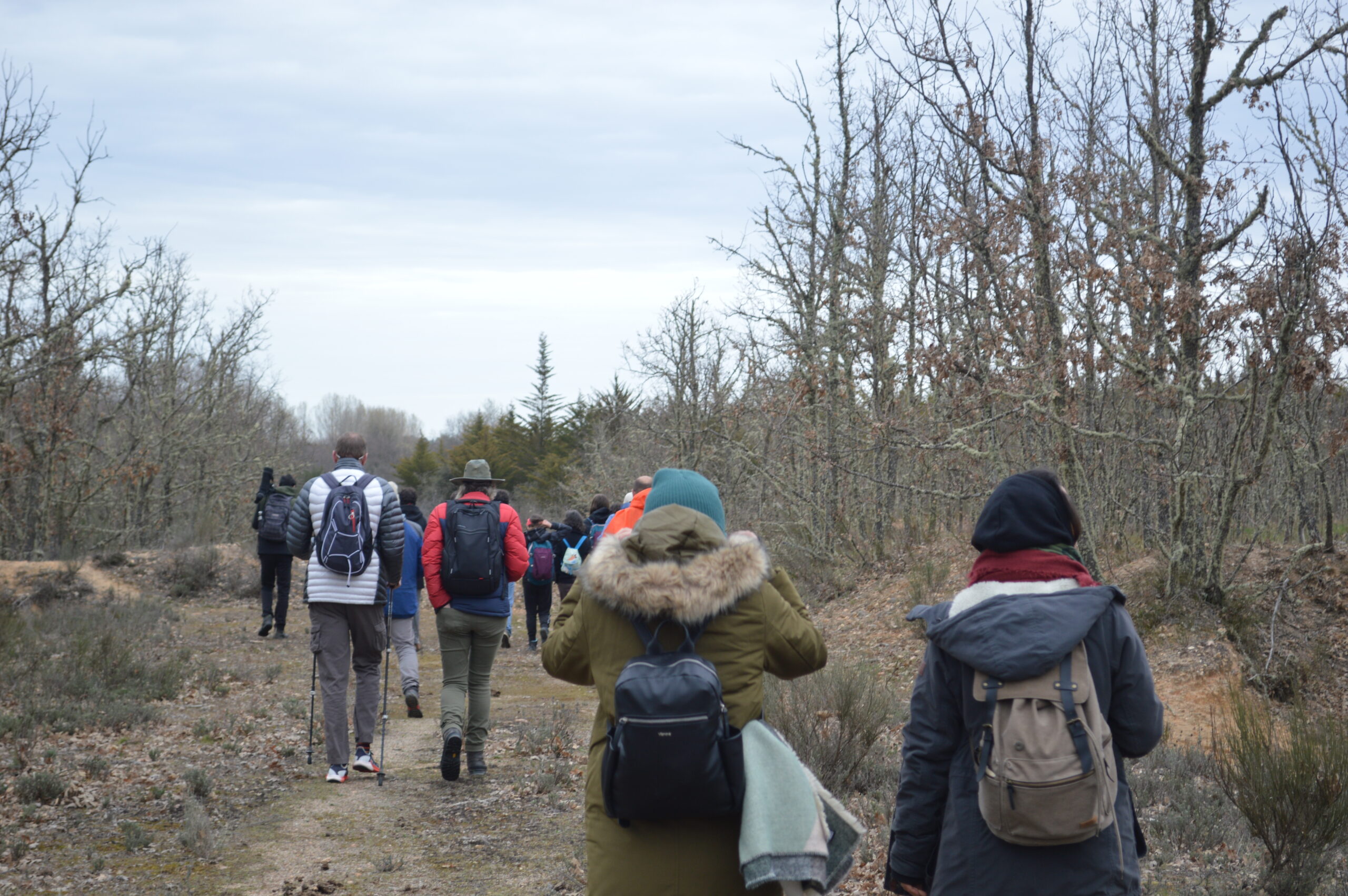 The initiative took place in two rewilding areas of Rewilding Portugal, Vale Carapito and Paul de Toirões. The morning started with an interpretive tour at Paul de Toirões, former Quinta de Santa Margarida located near Malhada Sorda, in Almeida, a great spot for wildlife observation and where it was possible to observe several species of amphibians, insects, birds, etc. Griffon vultures, cinereous vultures, kites, short-toed snake-eagles… Many were the birds that covered the skies during the morning to welcome the participants and give them unique opportunities for observation. It was also an excellent opportunity to observe several species of flora and analyze the surrounding habitats, also looking for footprints and droppings from several other species that pass through that area. 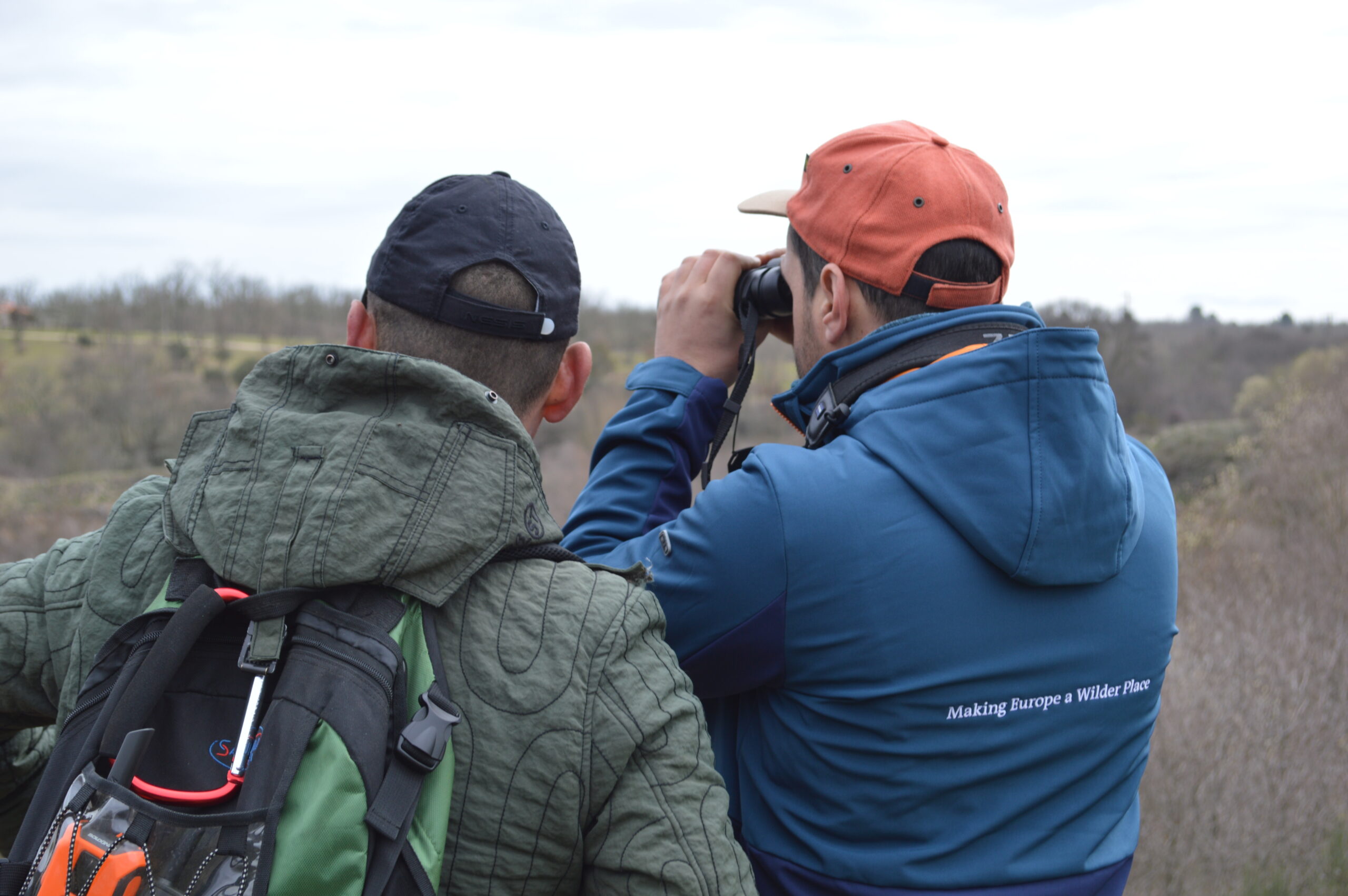 In the afternoon, after the lunch served outdoors by Casas Villar Mayor, in Vilar Maior, another interpretive tour followed, this time in the rewilding area of ​​Vale Carapito, which is now open to visitors. This tour, in addition to the wildlife observation component, also made it possible to show several rewilding actions already being carried out on the ground, namely the reintroduction of large herbivores into the landscape, to perform natural grazing and recover this important role in the ecosystems. In Vale Carapito, they saw the herd of Sorraia horses in a semi-wild regime that is currently inhabiting Vale Carapito and fulfilling this function. It was also a good opportunity to personally verify the positive impacts that herbivory has on the landscape, noting clear differences between areas under natural grazing and areas purposely closed to this herbivory. A more direct contact with the rewilding efforts being developed in the region and which allowed participants to see with their own eyes some of the benefits brought by this approach to nature conservation. 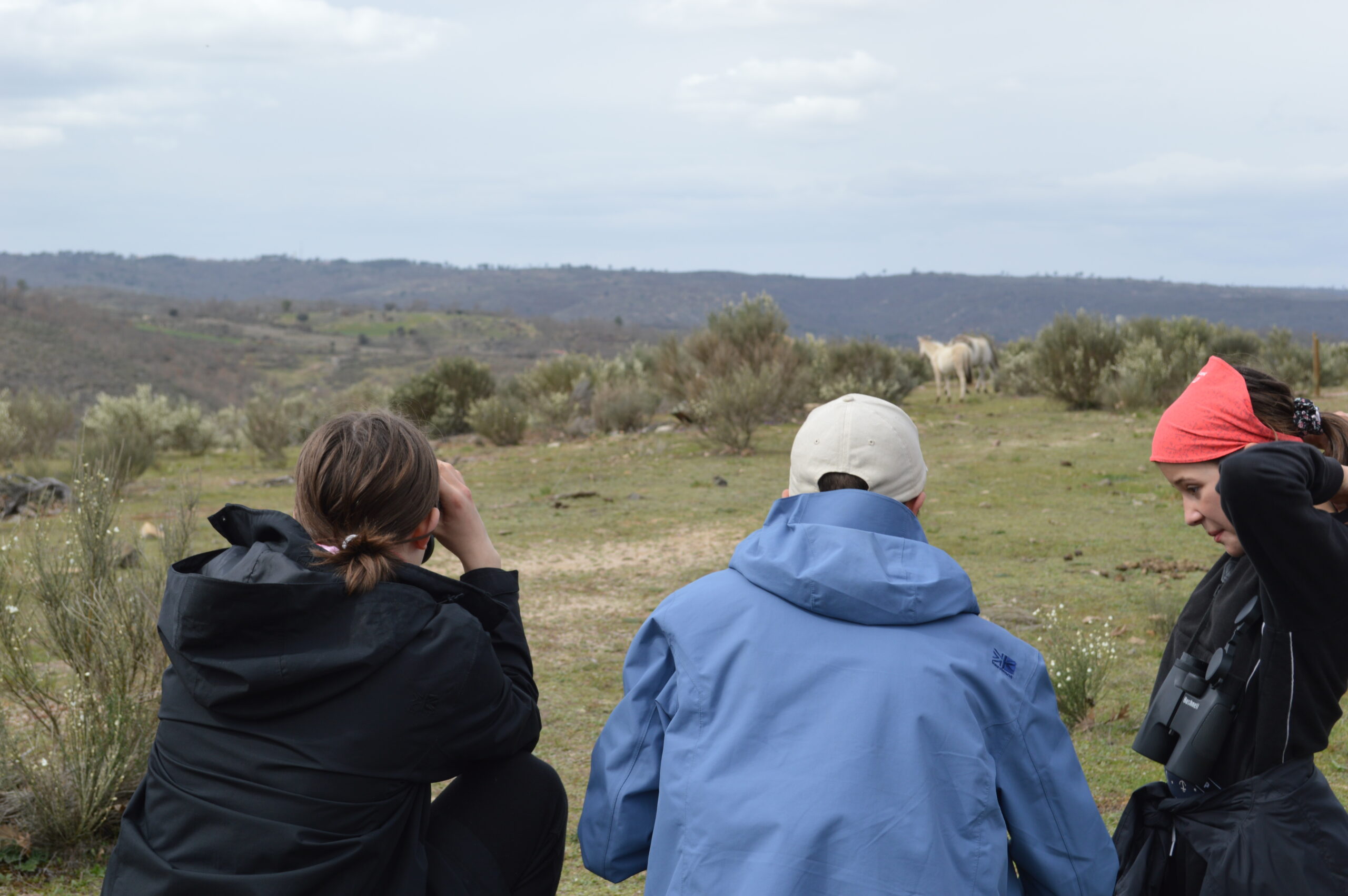 A very productive day of observing wildlife and their habitats, exchanging knowledge and experiences, sharing the principles and basis of the organization’s rewilding work and an enrichment that is expected to have been decisive for everyone present.

Here are some of the photos from that day: