At the beginning of November, Rewilding Portugal confirmed the existence of a colony of cinereous vulture (Aegypius monachus), which confirmed reproductive success in several pairs in the Malcata Reserve. This is excellent news for a species that is still critically endangered in Portugal and of which only about 40 couples are known, distributed in two main colonies in the Tejo International Natural Park and in Alentejo. 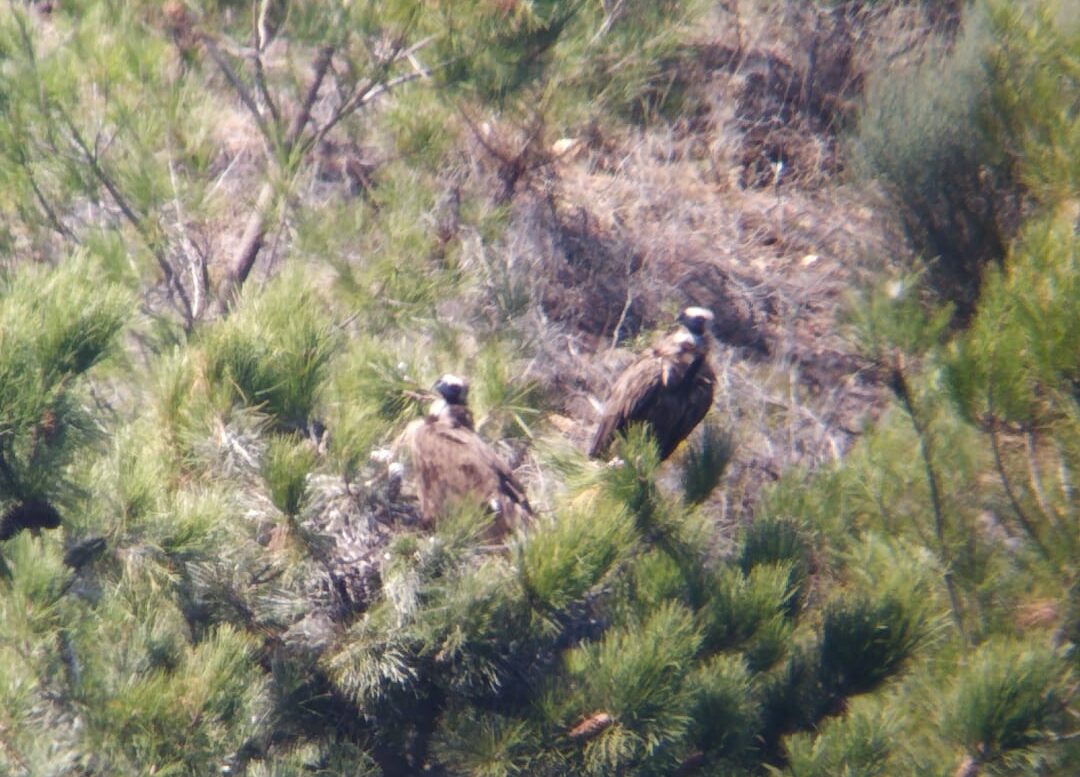 In Northeastern Portugal, only two couples were known in the Douro International Natural Park and one couple in the Malcata Reserve, where ICNF confirmed reproductive success in the summer of 2021. The discovery of more couples places the Malcata Reserve as the third largest breeding nucleus in Cinereous Vulture in Portugal.
Until now, Rewilding Portugal has confirmed a total of three nests, and there may still be more couples in this colony. Therefore, in the coming months, monitoring efforts will continue. The discovery of the nests was possible thanks to the tracking of the movements of a juvenile that was tagged by Rewilding Portugal with a GPS/GSM transmitter on the 26th of November, in collaboration with CIBIO. Following the movements of this juvenile allowed the Rewilding Portugal team to discover the first of three nests where the juvenile, born in the Reserve, still cohabits with its parents. In the second nest, another juvenile was observed and in the third a couple. 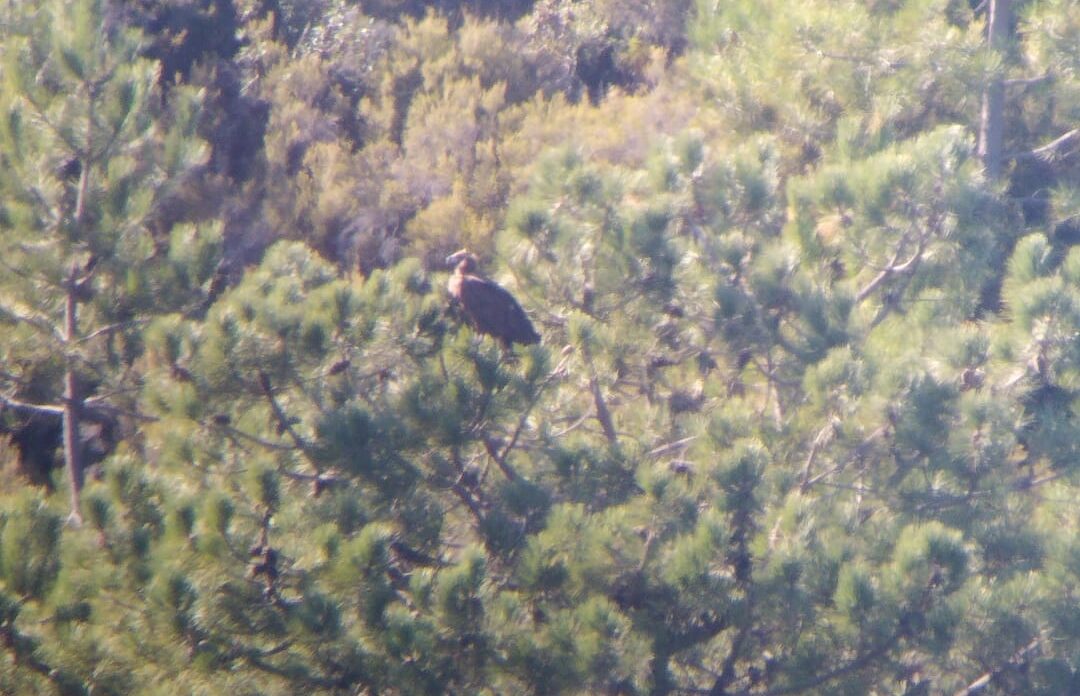 The tagging of black vultures with a GPS/GSM transmitter is providing more information about the species’ ecology. The focus of the work carried out by Rewilding Portugal is to obtain more information about its spatial and food ecology and, in particular, how they use the habitat, protected areas and the Natura 2000 Network and food resources in the Greater Côa Valley and what is the impact of rewilding actions developed by the organization, for example, promoting conditions to increase the number of wild herbivores, introducing semi-wild horses and promoting the licensing of Private Areas for Feeding Scavenger Birds, where corpses of ruminants are available to vultures on livestock farms, rather than being buried or collected (provided for in the PACAN – Action Plan for the Conservation of Scavenger Birds, approved in August 2019).
This work by Rewilding Portugal is also being developed with other scavenger birds, such as the griffon vultures (Gyps fulvus), since 2019, in collaboration with CIBIO and financed by the ARCADIA foundation within the scope of the Endangered Landscapes Programme and actions to recover the populations of scavenger birds in Europe coordinated by Rewilding Europe. There are several threats to the Cinereous Vulture in Portugal, shocks and electrocution with power lines, poisoning, human disturbance and habitat destruction. Scavenger birds play an important role in removing corpses from nature, contributing to the recycling of dead matter and preventing its accumulation, eliminating potential sources of disease. They are the last link in the food chain, and a key part of a healthy ecosystem. 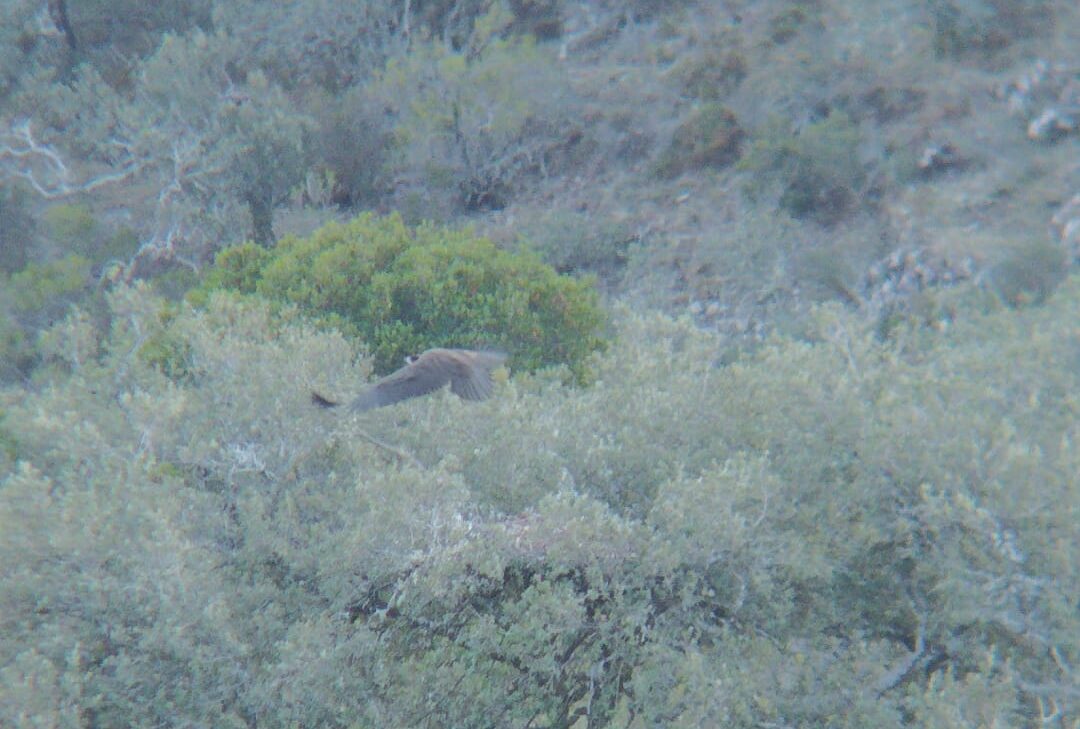