In the week of 12th to 15th of July, took place the first meeting of the Enterprise team from the various European rewilding areas. One of the goals of this team is to develop the economic argument for nature conservation and restoration. The meeting was held in Portugal and served to build bridges and strengthen ties. 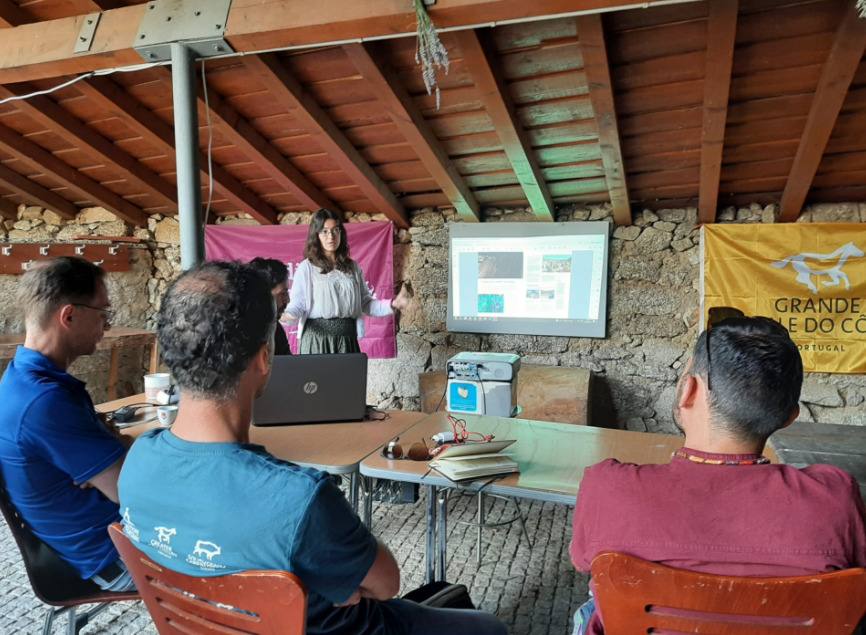 To face the environmental challenges, multidisciplinary teams with different skills are needed, like the importance of the Enterprise team, not only at the central level, in the Netherlands, but also at the local level, in each of the rewilding areas. Nature conservation is no longer just for biologists… There is also space for economists, managers and entrepreneurs to give their contribution and vision. And this was the motto of the meeting that took place this month in the Greater Côa Valley, which brought together the enterprise officers from the various rewilding areas and from the central team, to exchange experiences and visions. The meeting was attended by members of the Rewilding Europe team, as well as enterprise officers from various rewilding areas, including: the Apennines (Italy) ; Velebit (Croatia) and the Rhodopes (Bulgaria).

The visit began with the arrival and presentations of Rewilding Portugal’s work in the region, followed by the presentation of the strategy for the development of a nature-based economy for the Greater Côa Valley. The Greater Côa Valley rewilding area was one of the first to be established and is where enterprise’s work is most developed, which is why it was chosen to host this meeting. 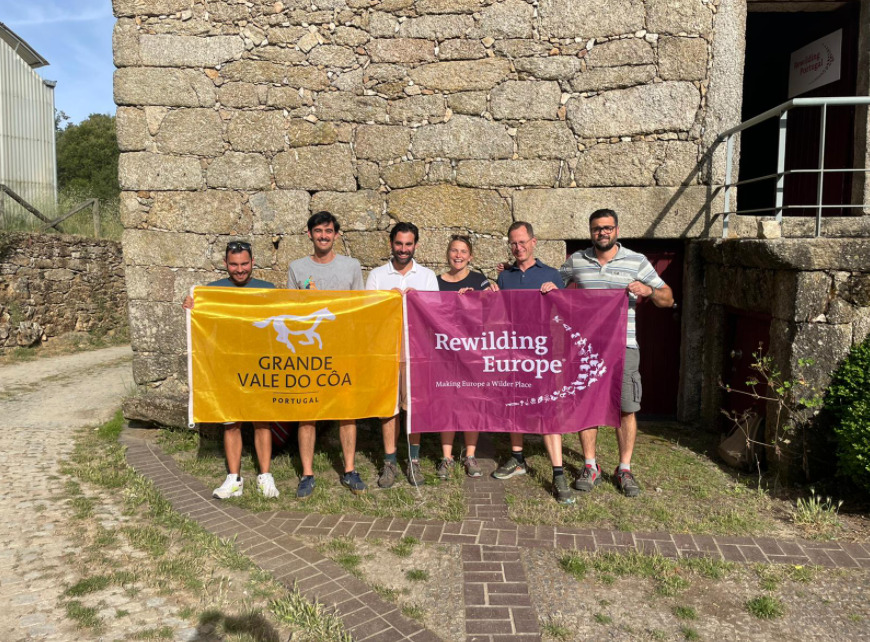 The second day started with a visit to the Faia Brava Reserve. The morning included a visit to WildLife Portugal’s vulture shelter and a guided tour to the reserve with WildCôa, both members of the Wild Côa Network, created by Rewilding Portugal. The use of nature shelters to observe birds and mammals is a strategy that will be replicated a little by all European rewilding areas, so was very important to visit this shelter, one of the first to be installed in a rewilding area. About a hundred gryphons were sighted, several pairs of Egyptian vultures (also known as britangos in Portugal), a juvenile black vulture, crows and kites.

On the third day, the Enterprise team visited Vale das Lobas in Sobral Pichorro, one of the beneficiaries of the REC (Rewilding Europe Capital) funding mechanism, which supports enterprises considered key to promoting an economy based on nature.

The last day was spent in the countryside, with a visit to the Malcata mountains and the village of Vilar Maior, where there was the opportunity for a nature walk in Vale Carapito, the new reserve of Rewilding Portugal, to observe the Sorraia herd of horses there, who lives in a semi-wild regime. Lunch was organized by Casa Villar Mayor, in a very typical picnic style, on stone tables under the shade of an elm tree. It was a good opportunity to discuss the links between nature restoration and local development. 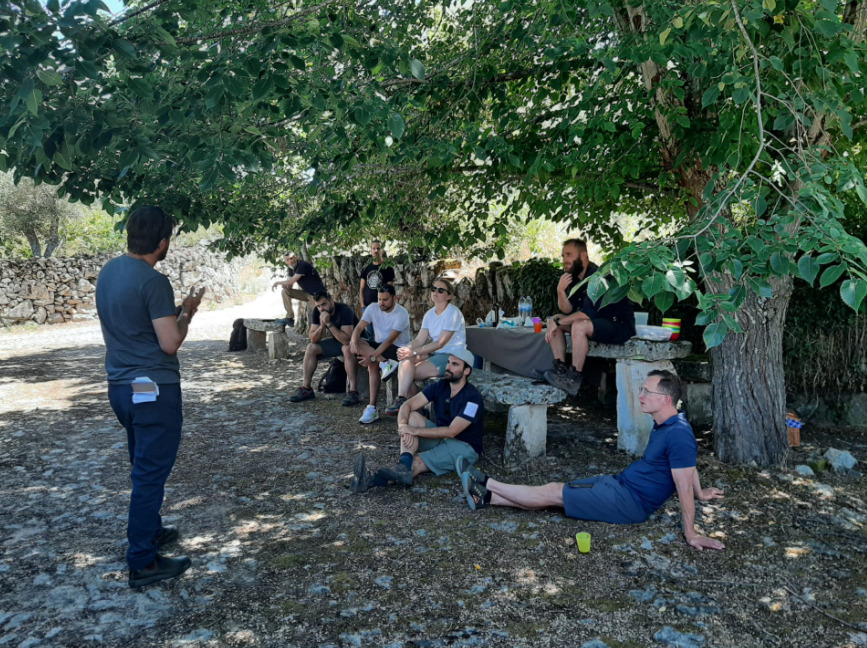 During the stay there was also an opportunity to discuss common future strategies and for each of the enterprise officers to present the economic development strategy for each area. The Enterprise team meeting shows the best that Europe has to offer, because despite the distance that exists between the areas, there are also common problems, solutions and lessons between each area, in which we can help each other. The newly expanded Enterprise team promises more news soon!

Matreira, refined and sustainable quality from Vale do Côa to the plate