Within the scope of the project LIFE WolFlux, Rewilding Portugal registered the presence of roe deer in monitoring actions by setting up camera traps, in an action that is coordinated by the partner University of Aveiro 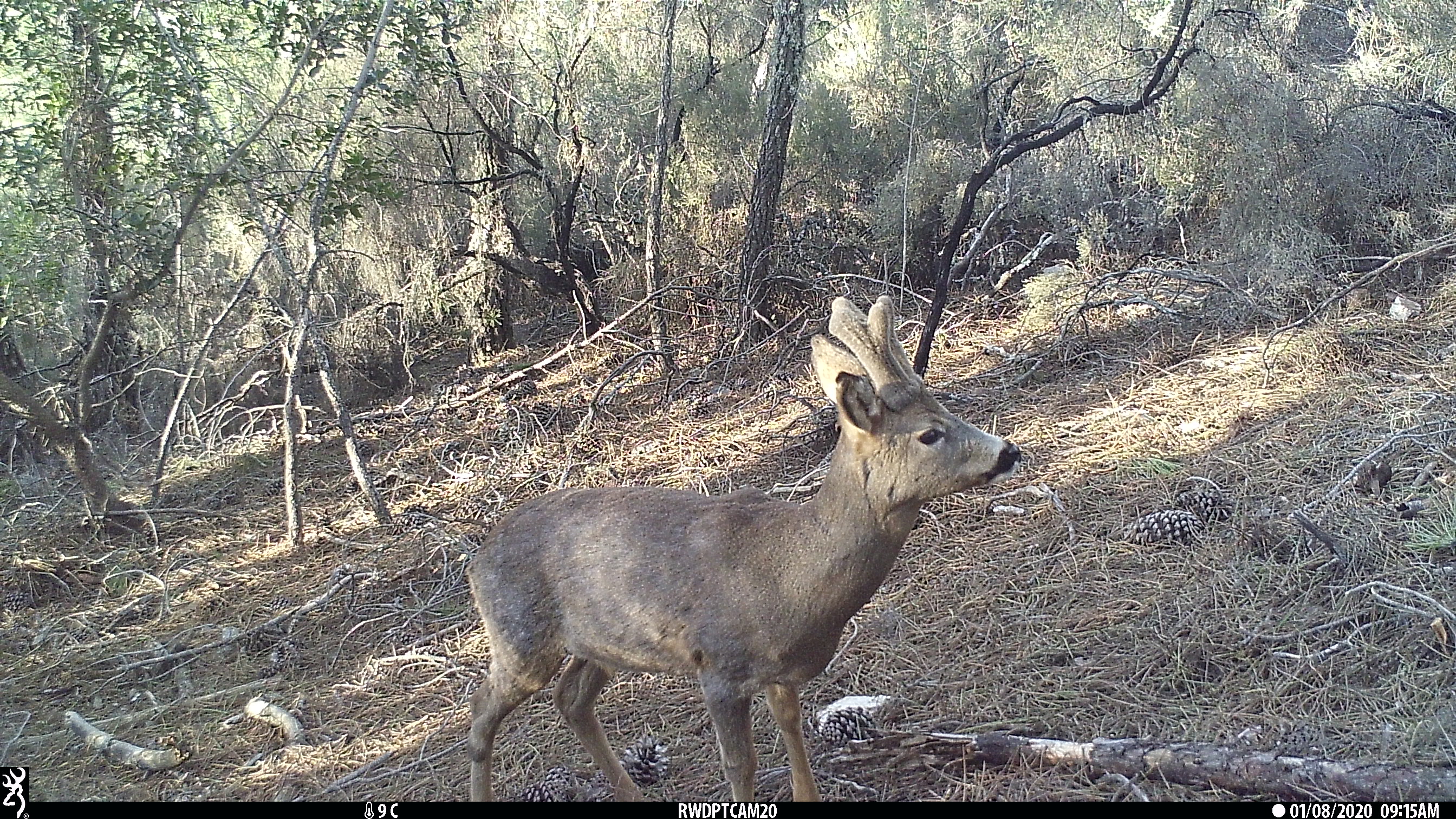 Within the scope of the project LIFE WolFlux, Rewilding Portugal registered the presence of roe deer in monitoring actions by setting up camera traps, in an action that is coordinated by the partner University of Aveiro

The roe deer is the smallest cervid in Portugal, present mainly in the northern half of the country. Since the mid-20th century, the species has been expanding due to the natural dispersion from the northern and Spanish mountains and to reintroduction projects. It is a species associated with forests and agrosilvopastoral mosaics, being able to adapt to different types of native forests, plantations and bush areas. Being one of the main natural prey of the Iberian wolf, this species is being monitored in the Greater Vale do Côa and Beira Alta by the Wildlife Unit of the University of Aveiro, with the support of Rewilding Portugal. During this week we will release images obtained by camera trapping that allow us to know more about these beautiful animals.

In this first image, it is seen that, like other cervids, the stems of male roe deer fall and are renewed every year. During late autumn and winter, the growing stems are covered with a layer of hair, which is called “velvet”. Later, the blood circulation that maintains the velvet is interrupted and it begins to fall, leaving the stems stiff for territorial duels. 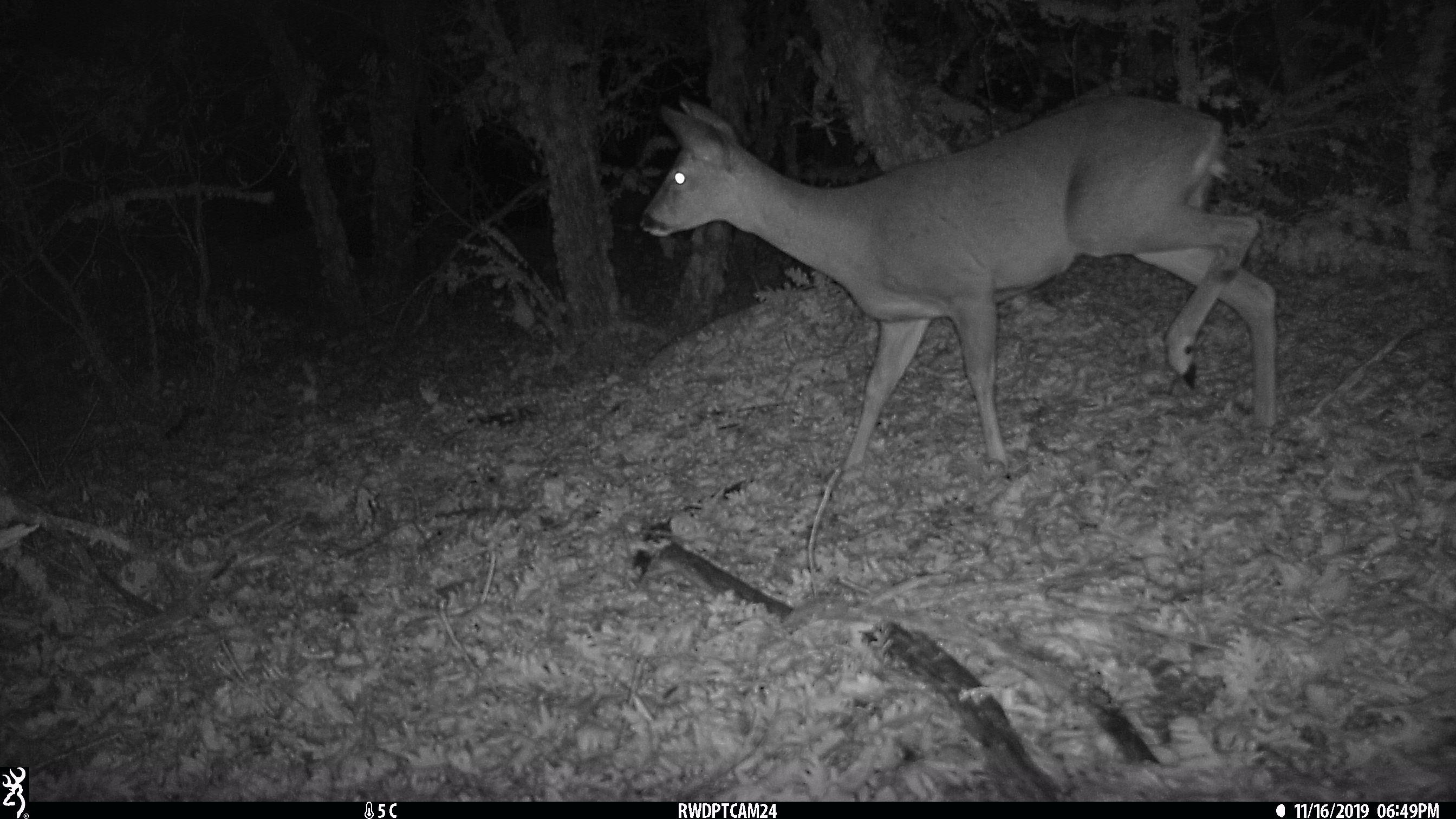 In the adult state, roe deer are mostly solitary, being able to form small groups during winter. They are mostly active during twilight and always remain alert, like the female in this image, in order to avoid predators. 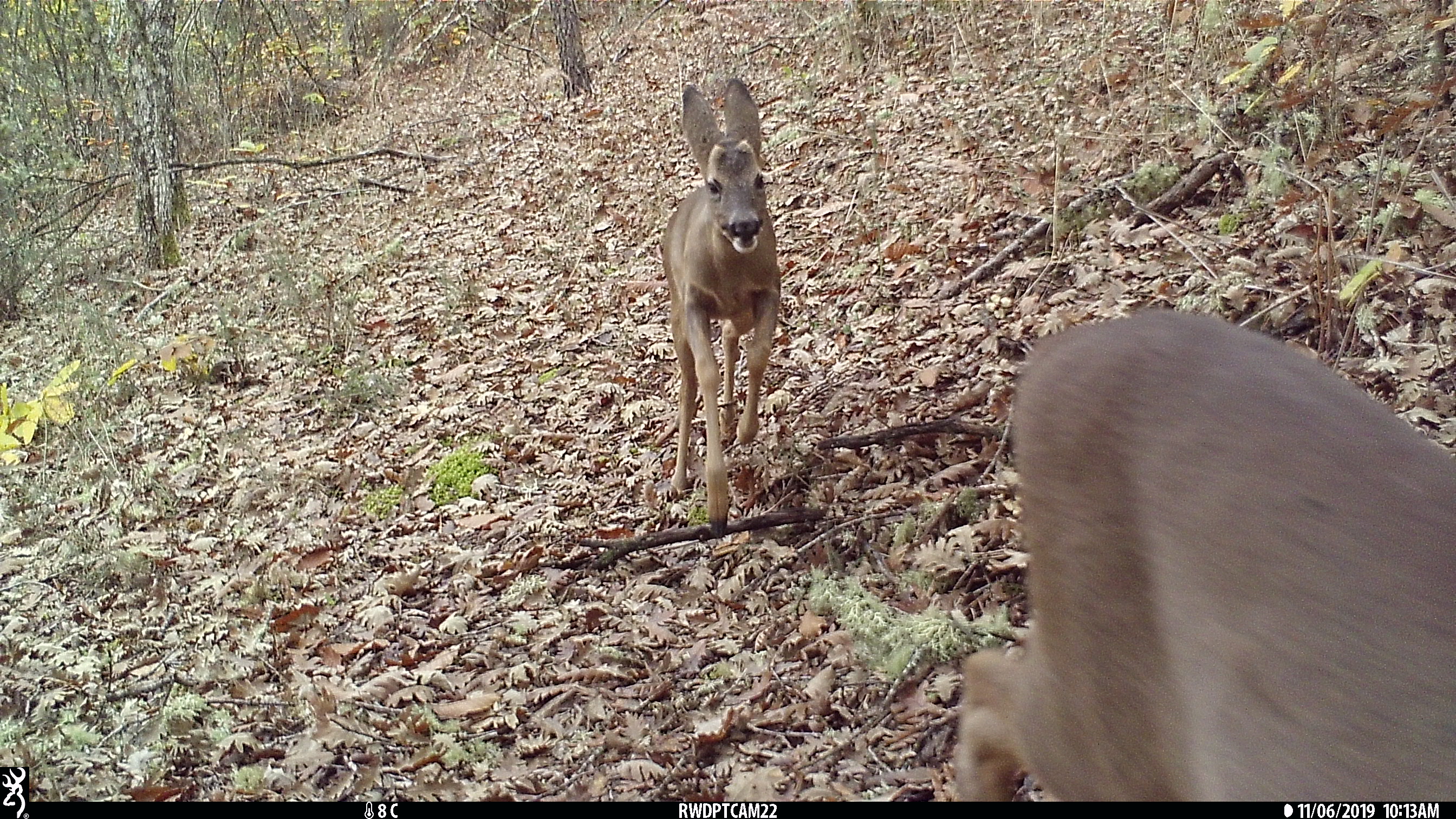 The roe deer fawns remain with the mother until they are ready to face the world alone. In this image a youngster follows its mother in a race through the oak, developing behaviors vital to its survival.

During this initiative, Rewilding Portugal launched a video on our official Youtube channel, where it shows all the fauna and flora recorded in the images of its camera traps, which you can watch here: 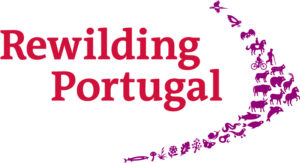 Rewilding Portugal is a not-for-profit organisation dedicated to nature conservation through rewilding measures in Western Iberia. The team’s focus is the Greater Côa Valley – an area running from the Douro River to the Serra da Malcata, an important wildlife corridor for many species. Rewilding Portugal is a partner of Rewilding Europe, an NGO working across 17 European countries, based in the Netherlands. Rewilding Portugal is funded by the European Union via the LIFE Programme (the EU’s funding instrument for the environment and climate action) and the Endangered Landscapes Programme (a Cambridge University initiative supported by Arcadia Foundation).