A year after the first herd of Sorraia horses arrived in the Greater Côa Valley, there is now another rewilding area with a herd, Ermo das Águias, in Vale de Madeira, in the municipality of Pinhel. The area will be open to visitors soon. 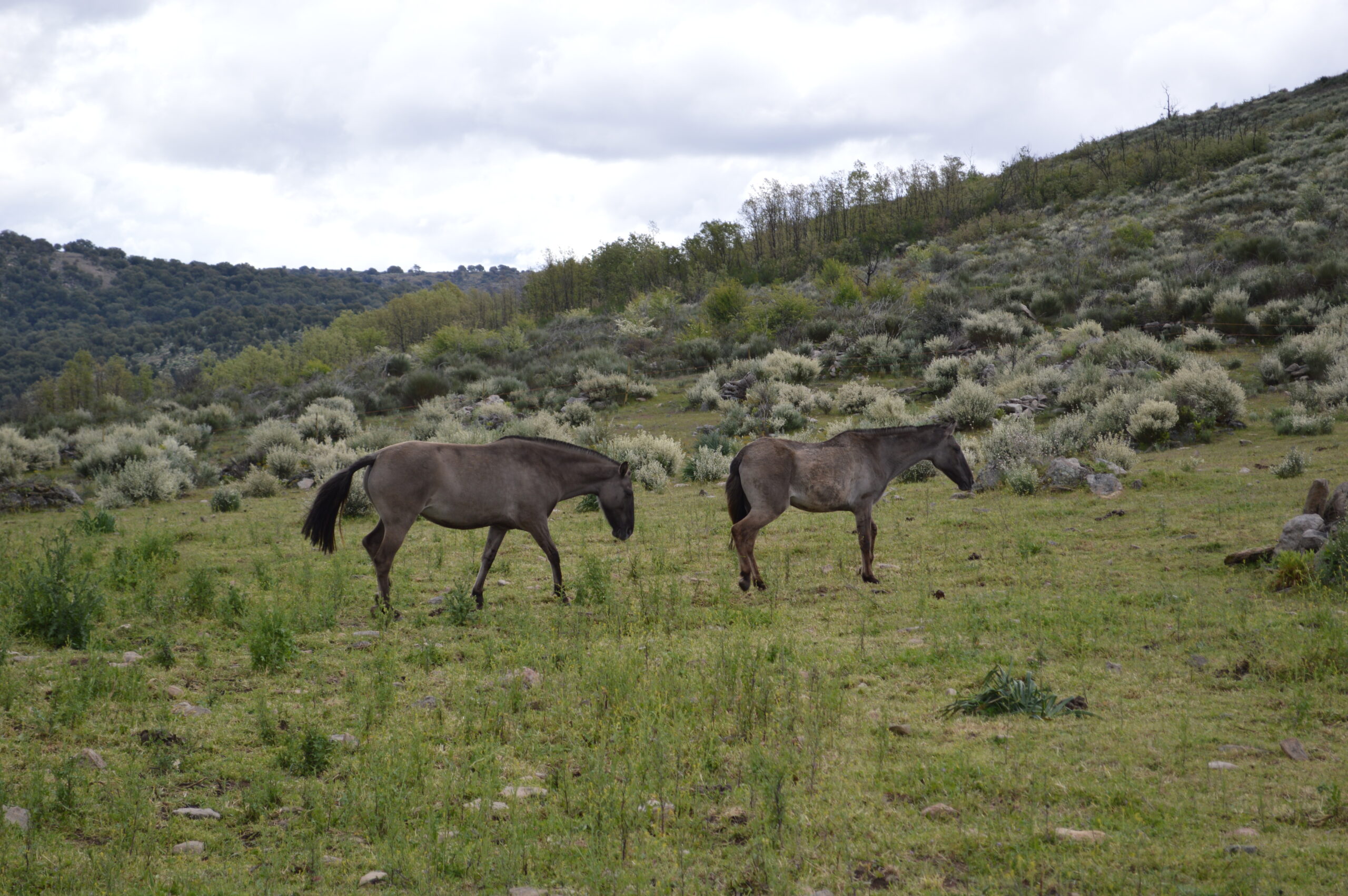 Last Saturday, April 23, Rewilding Portugal, in its rewilding area of ​​Ermo das Águias, located next to the village of Vale de Madeira, in the municipality of Pinhel, received the local community and many other guests, partners and friends to attend to the release of another herd of semi-wild Sorraia horses in the territory.

The event started outside the Rewilding Center, where all those present were received and informed of how the  event was going to happen. It is worth mentioning the presence of two very special ambassadors at this event, the actresses Ana Varela and Sara Prata, who accompanied the entire event and promoted it, helping to share the importance of initiatives like this. After the initial reception, the group walked to the release site.

The release was very fast, with the new inhabitants of Ermo das Águias making their way towards a new life in freedom, without human management and recovering their ancestral role of managing the landscape and the biomass that was performed by their ancestor, the wild horse, as well as other large herbivores. The herd naturally moved away, towards a higher point in the area, so that they could finally enjoy this new reality for them, which also entails a mission of high responsibility, but to which they naturally respond as their own essence indicates. 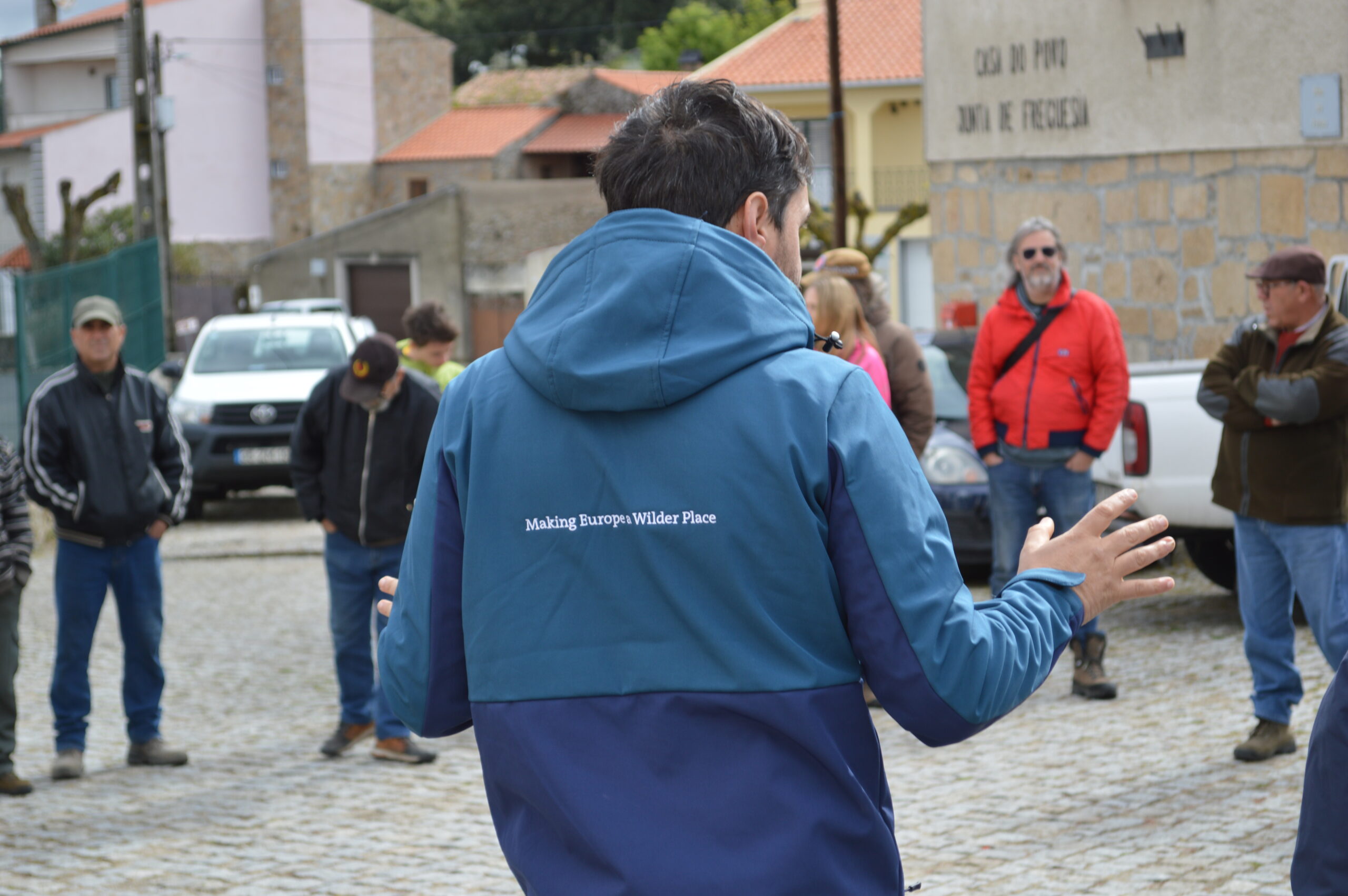 Those present then had the opportunity to observe the first behaviors of these semi-wild horses in the distance, through binoculars and telescopes prepared for the occasion, before returning to the Rewilding Center, where a  lunch with the community was held.

The Sorraia horse and its function

The Sorraia horse, an autochthonous Portuguese breed, has a population of only about 200 specimens worldwide. For the same reason, the choice of these herds for the rewilding areas in the Greater Côa Valley is also an effort and contribution to their conservation and valorisation. 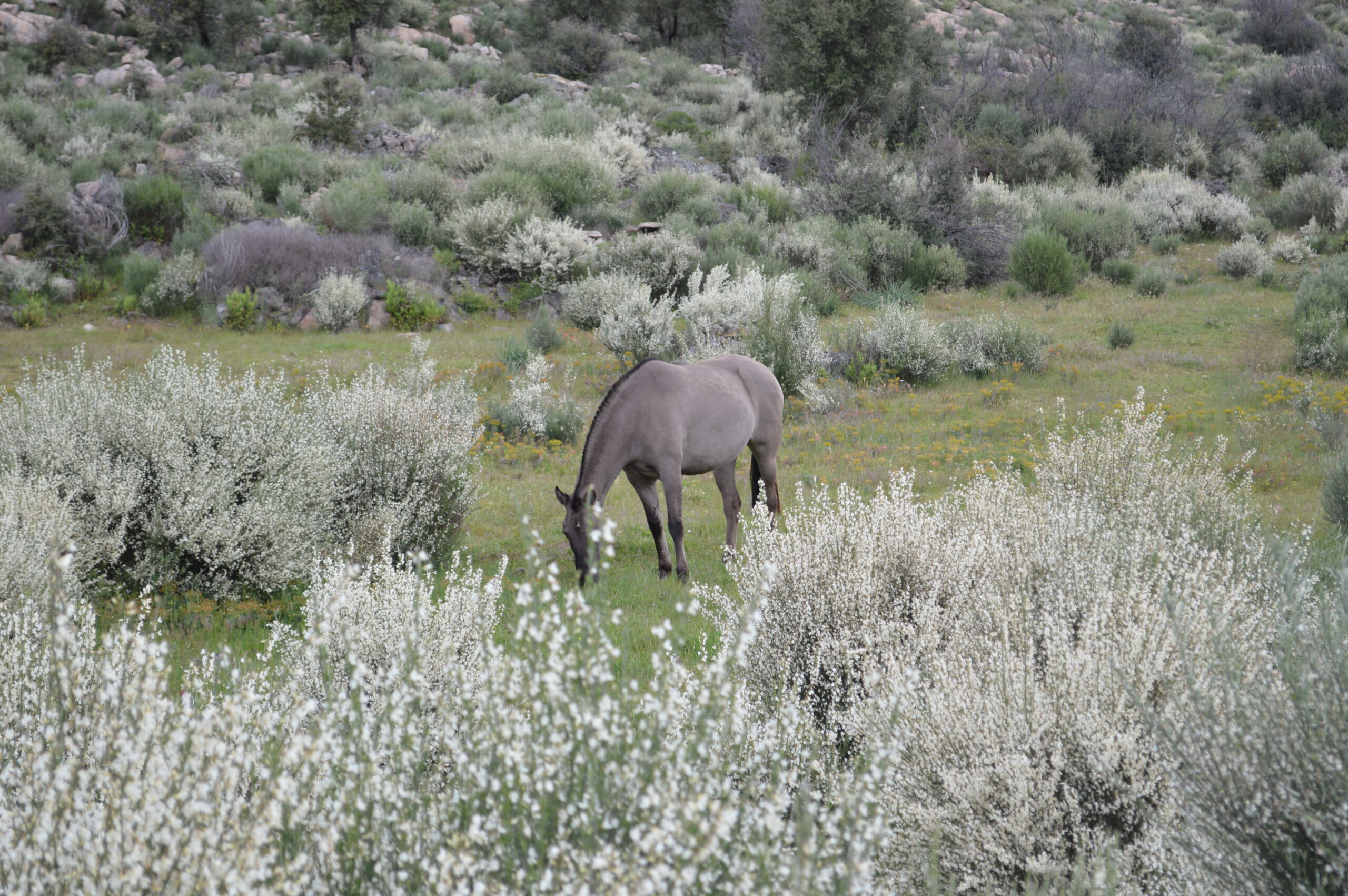 Reminiscent of the wild ancestor of the Iberian horse, the Sorraia Horse has this name because it was a species recovered from a nucleus of animals that was found in the valley of the Sorraia River, in Coruche. They are short stature horses (1.44 to 1.48 m on average), with a brown bay or mouse fur, with a mule stripe and greater or lesser evidence of zebras on the head and limbs.

Sorraias are wild horses that are extremely resistant to environmental conditions, something they inherited from their primitive ancestors, whose function is intended to recover in ecosystems. As herbivores, they play a key role, as they help to shape the forest, maintaining pastures and open areas through natural grazing. They are also great allies to reduce the risk of forest and rural fires, one of the biggest threats in Portugal that has worsened in recent years. The current objective is to continue to use this species and its semi-wild functions as a large herbivore, as they are of enormous importance in the consumption and management of biomass, creating new mosaics in the vegetation. 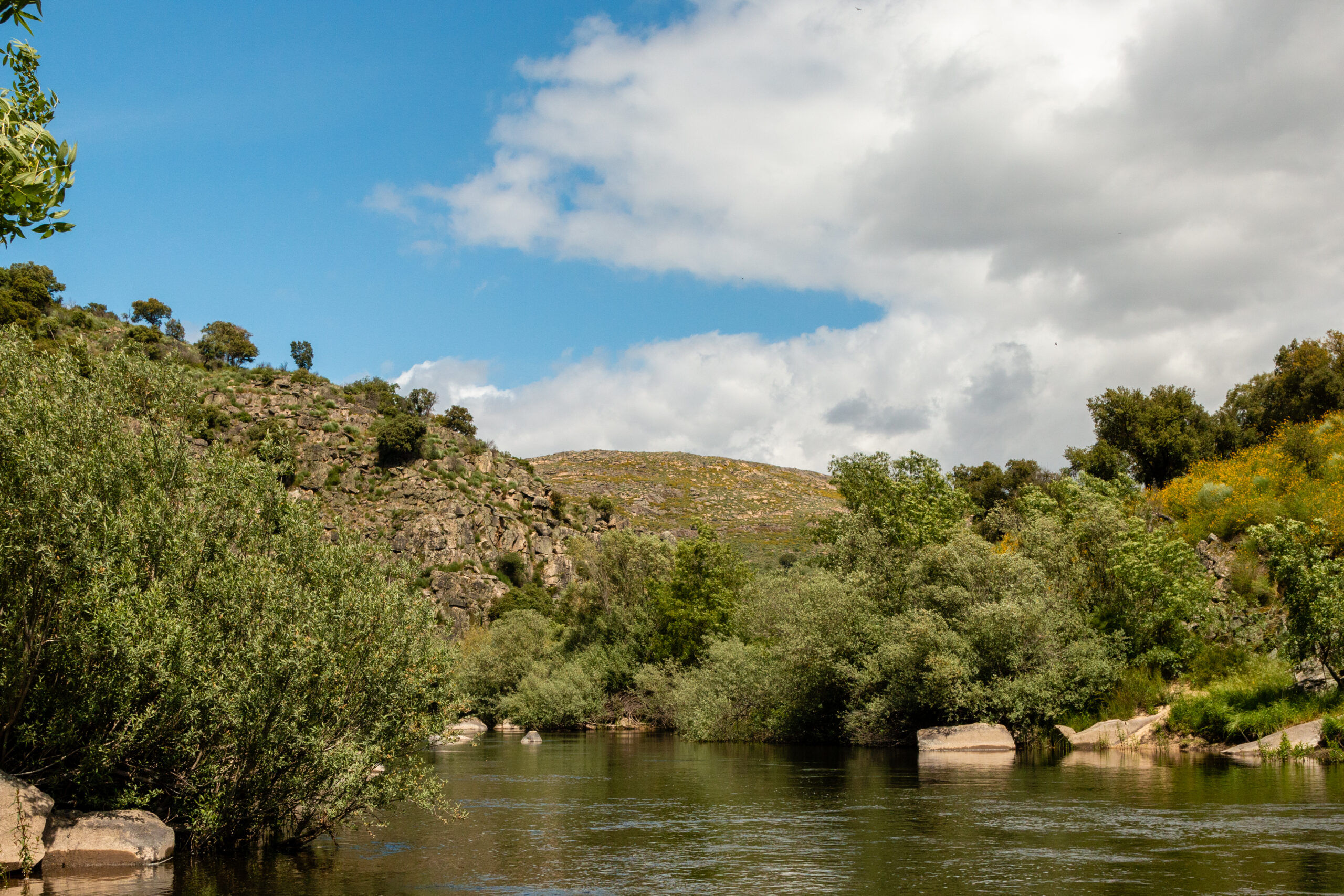 Following the west bank of the Côa River, Ermo das Águias marks an important transition in the landscape of the river valley. Here, the gentle slopes that flanked the river from the source end, and the rugged cliffs and escarpments that lead to its mouth on the Douro River begin. 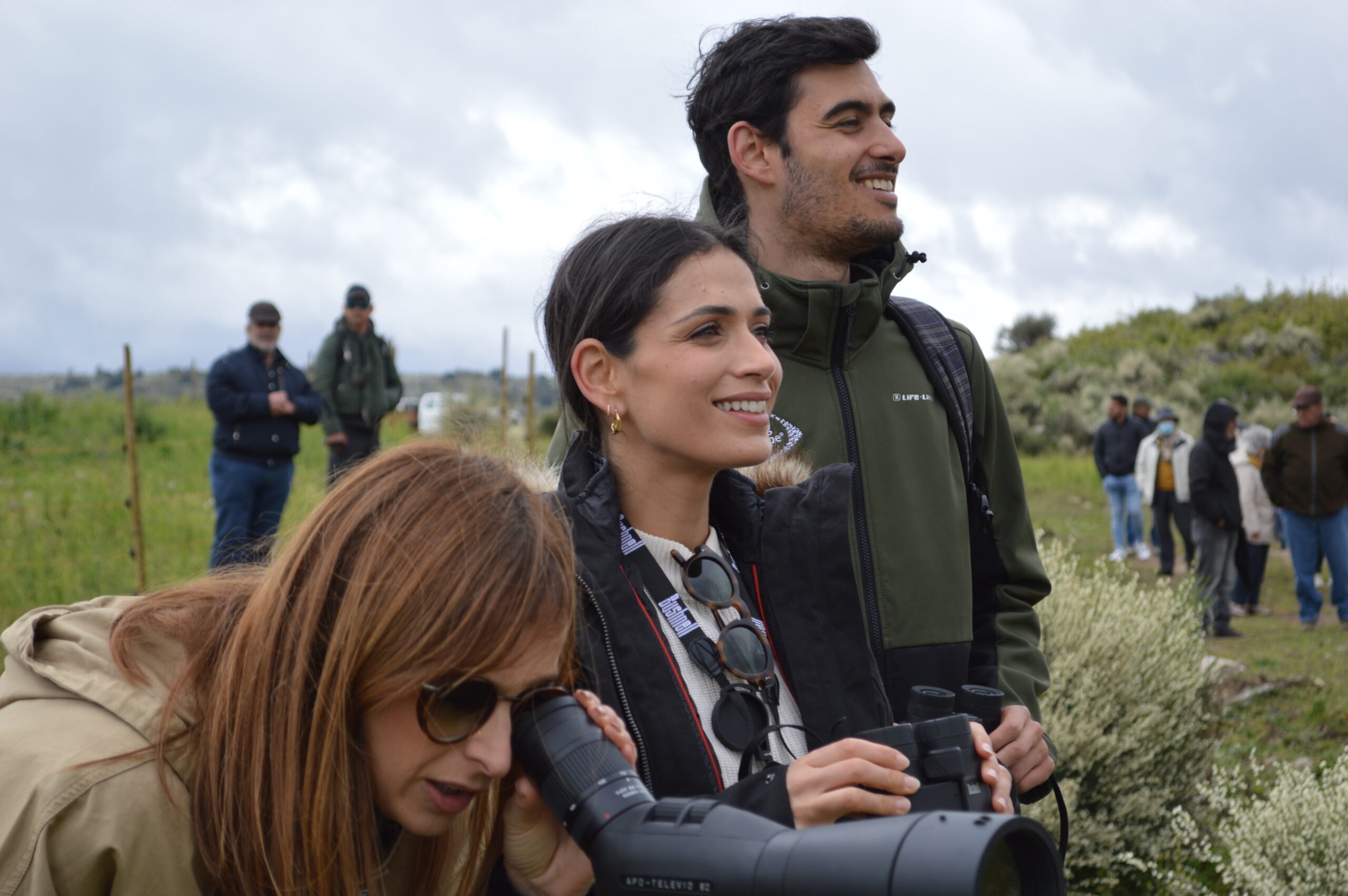 Bushes and bare rock dominate the landscape, partly due to soil conditions, but also due to the impact of fire and grazing in recent centuries. However, the process of rewilding is already evident in the groves of black oak, and in the small holm oaks and cork oaks that appear among their large secular relatives. Along the run-off lines, the wet meadows recover their floristic diversity, previously suppressed by the intensity of grazing, which was concentrated in these areas of greater productivity. The slopes are regularly flown by some of the most emblematic birds of the region, such as the golden eagle, the black stork and the griffon vulture, and the ruins of an ancient fojo, a stone structure used to hunt Iberian wolves, attests to the ancestral presence of this predator in these lands.

Over this year, Rewilding Portugal is developing several biodiversity monitoring and conservation actions here, as well as the planning of visitation routes, supported by the recently opened Rewilding Center in the village of Vale de Madeira. We also introduced a herd of semi-wild Sorraia horses, with the aim of replicating the extinct ecological role of the wild horse. 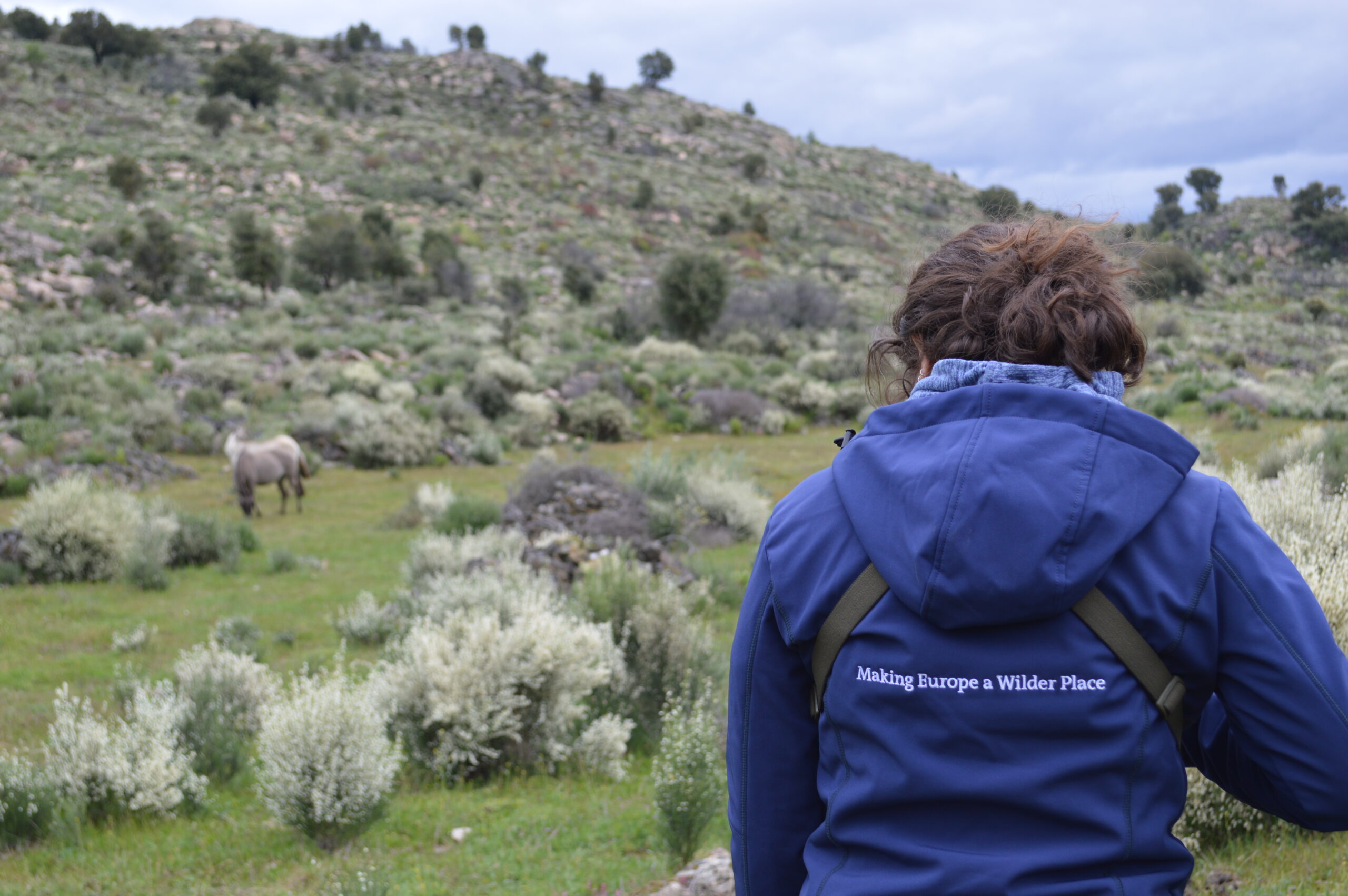 The Scaling Up Rewilding in the Greater Côa Valley project is funded by the Endangered Landscapes Programme, which is managed by the Cambridge Conservation Initiative and funded by Arcadia, a charity fund run by Peter Baldwin and Lisbet Rausing. Rewilding Portugal has its partners in this project: Rewilding Europe, ATNatureza, University of Aveiro and Zoo Logical.