Rewilding Portugal inaugurated, on October 30th, its Rewilding Center in Vale de Madeira, in the municipality of Pinhel. A space dedicated to nature conservation and direct contact with the local community. This new center is critical for the organization to embark on a new approach to conservation that aims to involve those around it. 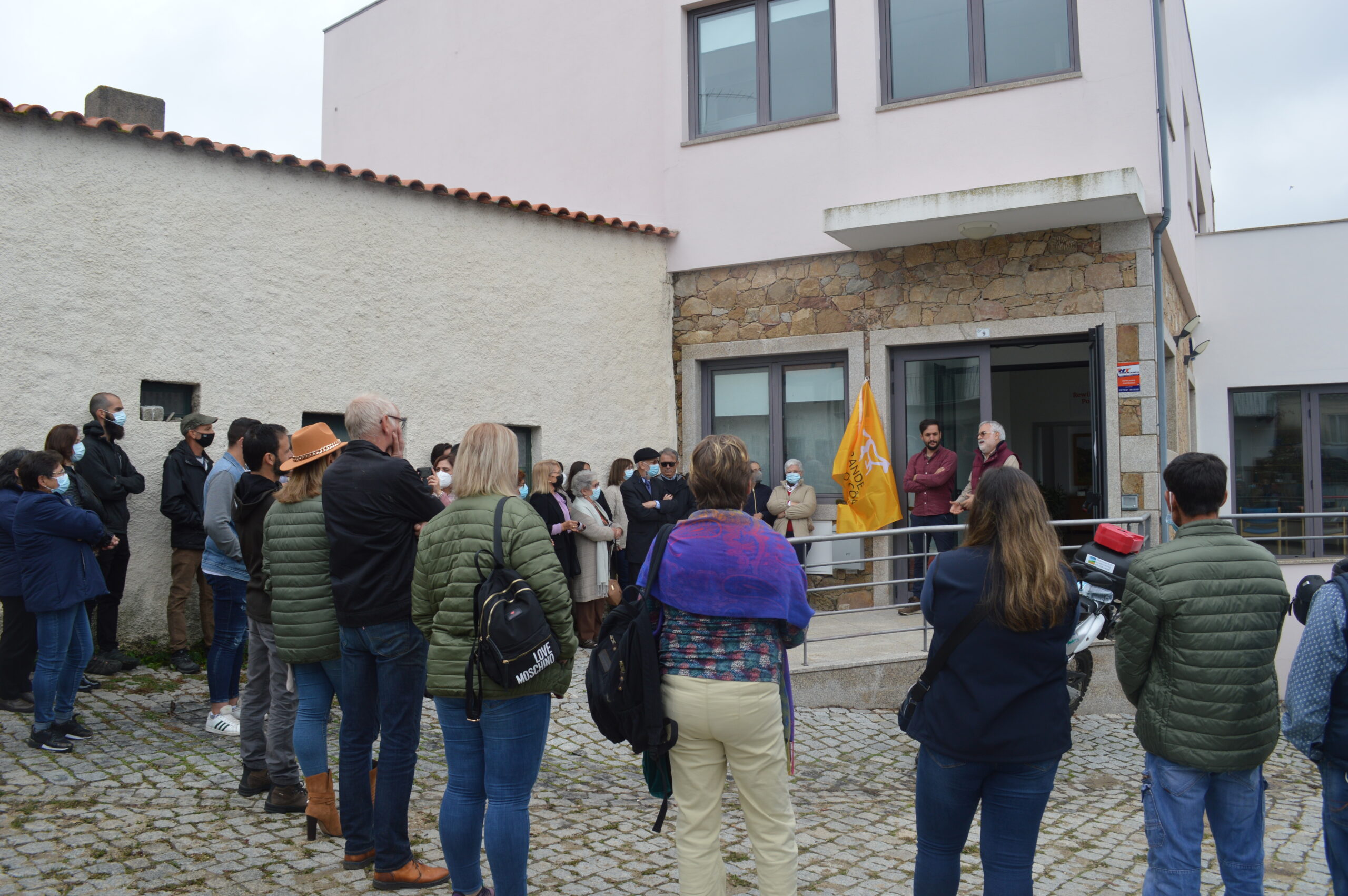 Rewilding Portugal, promoter of the rewilding area of the Greater Côa Valley, now has a new support structure for its work in Vale de Madeira, in the municipality of Pinhel. After the acquisition of a new property for studies and application of rewilding near Vale de Madeira in early 2021, this unique opportunity arose to have a space that, in addition to being close to the property already acquired, will also allow for better contact with the community, involving them in initiatives and events related to the organization’s work.

This opportunity came about thanks to a benefactor from Vale de Madeira, Fernando Mayor Espinha, who built the building to serve the community. The building, which had no specific use for some years, will now be dynamized by Rewilding Portugal, as a result of this collaboration. 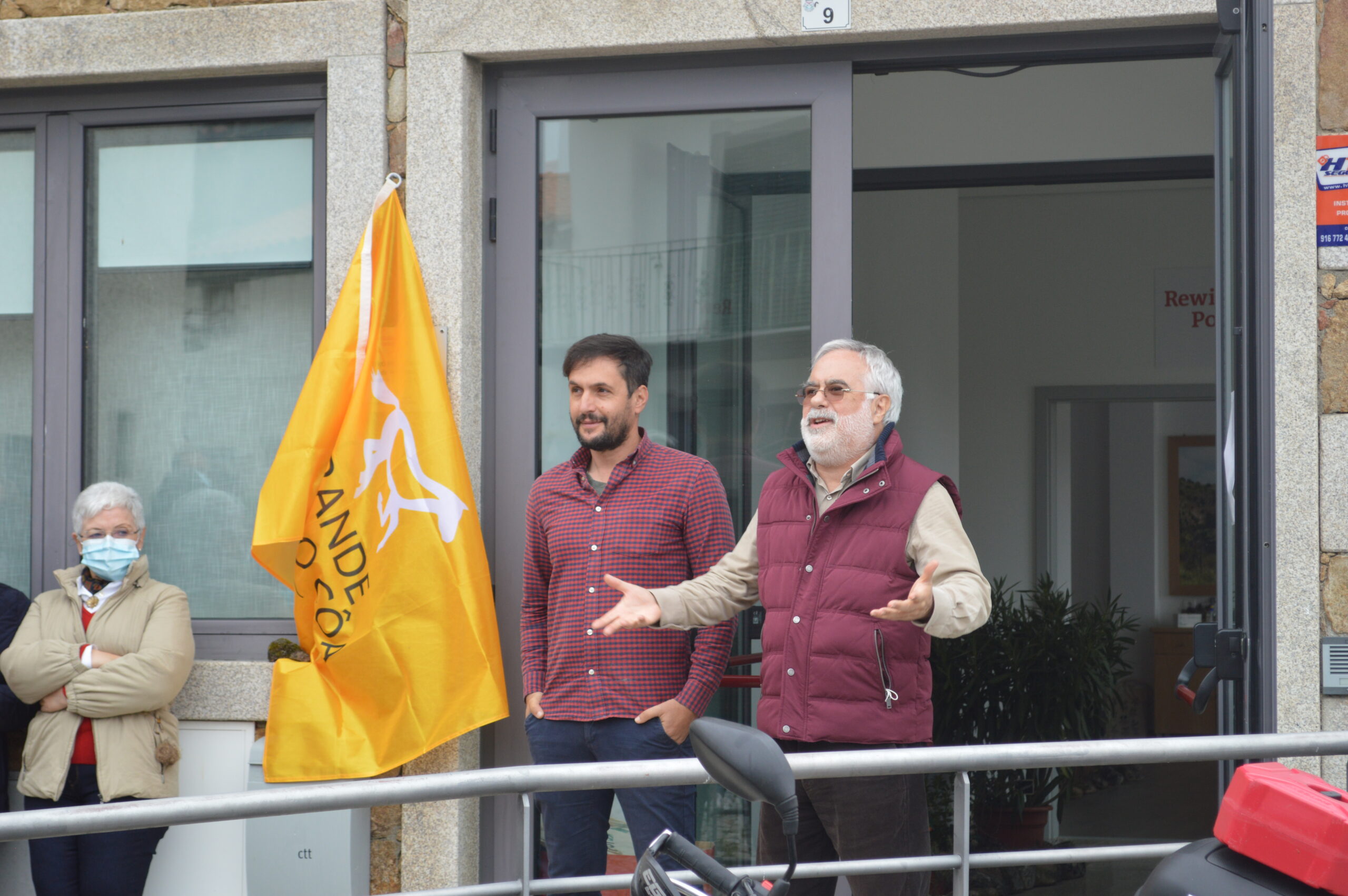 The Greater Côa Valley project aims to establish a natural wildlife corridor along the banks of the Côa River from its confluence with the Douro River in the north to the Malcata mountains in the south, where it rises. In the long term, Rewilding Portugal wants the Greater Côa Valley to become a more natural place, with coherent, fully functioning ecosystems and abundant wildlife. A place where natural processes and complete food chains play key roles in landscape regeneration.

Working closely with those who live near or within Rewilding Portugal’s areas of activity is essential for the organization’s goals to be successful in the long term. The commitment to local people is fundamental to the organization’s vision for the Greater Côa Valley. 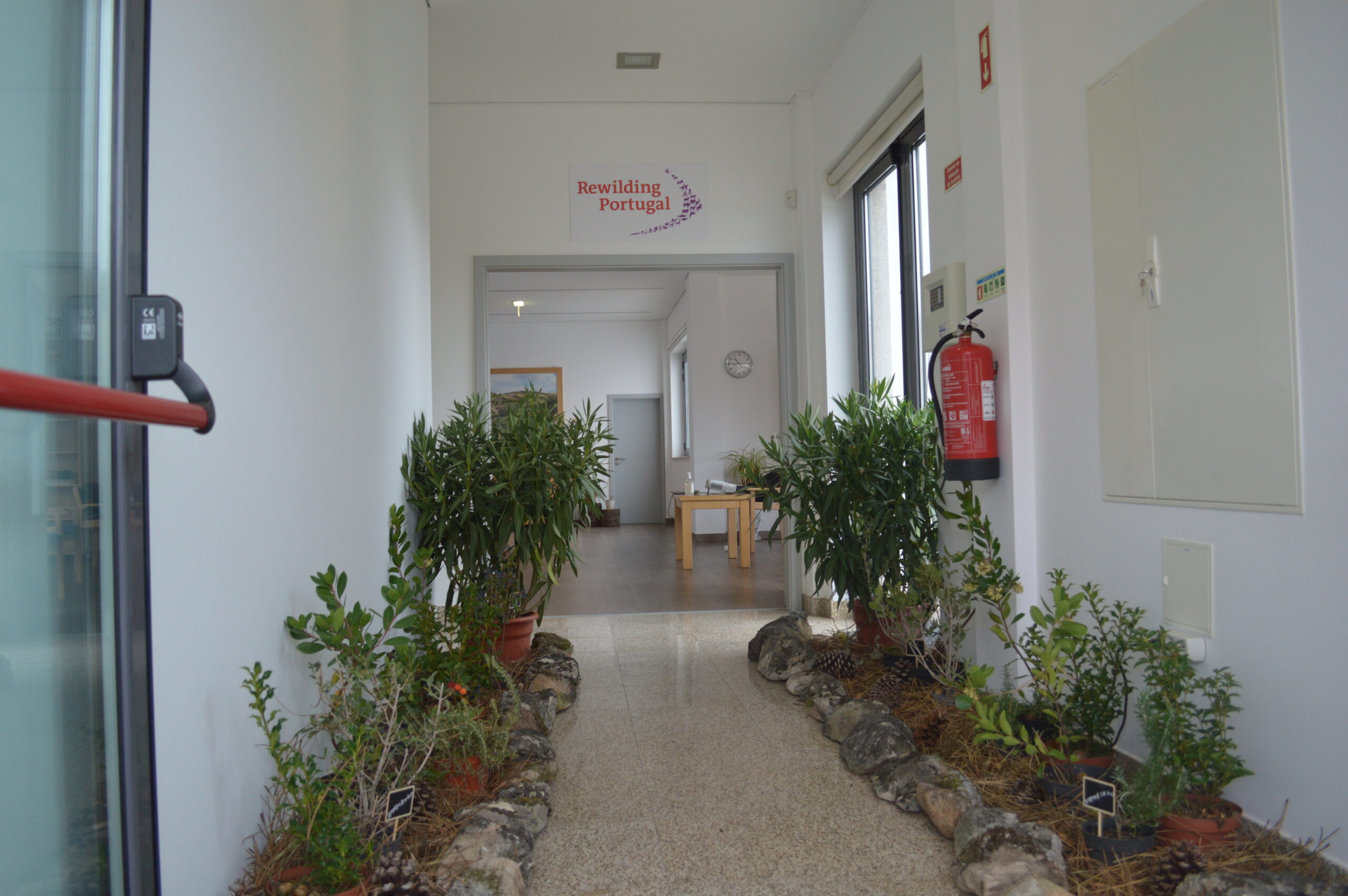 A day of socializing and exchanging ideas

The opening event of the new Rewilding Center was attended by about a hundred people throughout the morning and lunch hour. The inauguration began with an information session with the local community, where there was an exchange of ideas about the association’s work, its objectives and the activities it is developing in the region. A good moment of sharing, conversation and when many doubts were clarified. 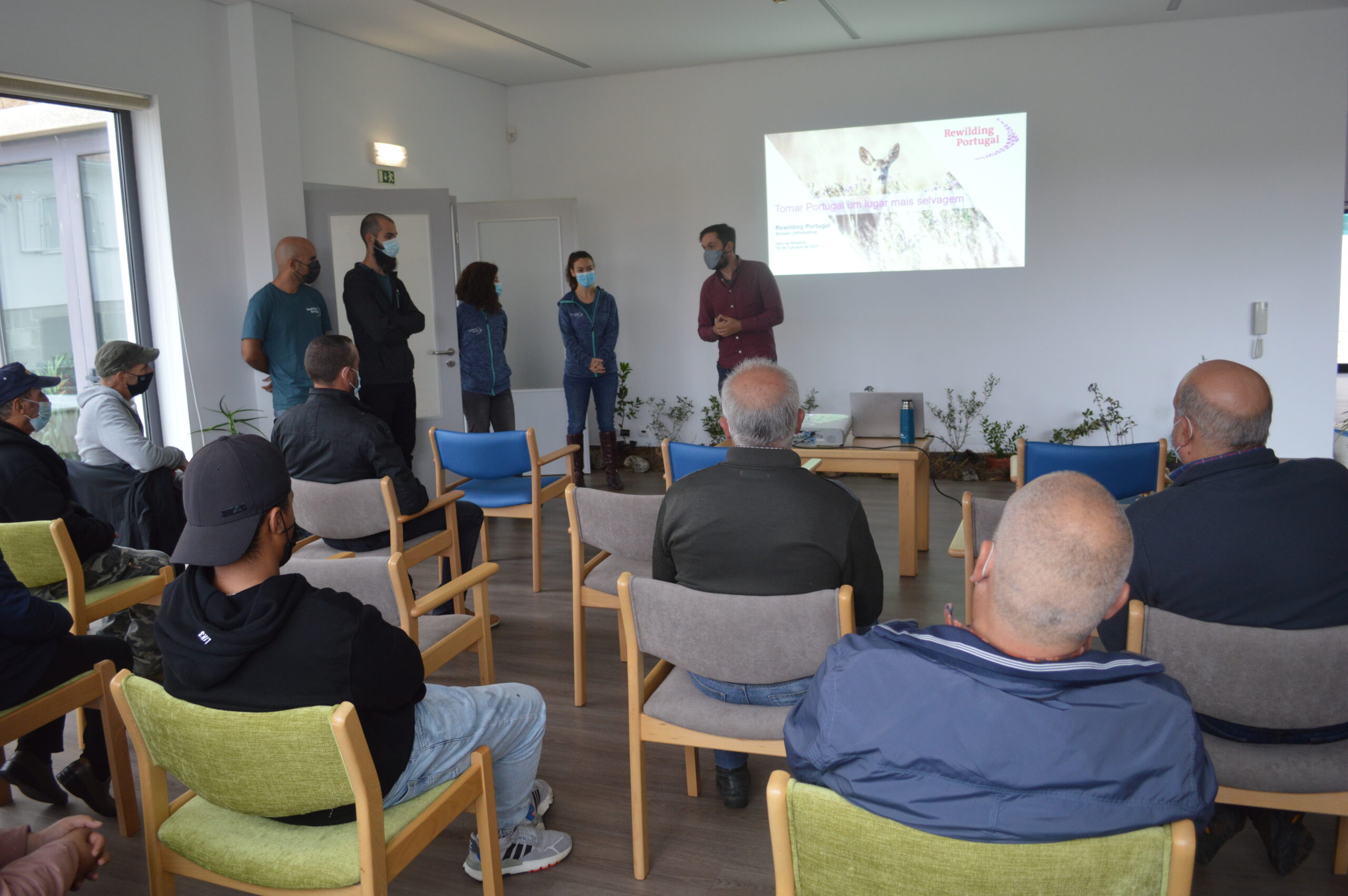 Then followed the real moment of the inauguration of the space, with the unveiling of the inauguration plaque on which, in addition to the Rewilding Portugal team leader, Pedro Prata, numerous members of Fernando Mayor Espinha’s family were present. Rui Baptista, his nephew, geologist and professor at the University of Lisbon and a great lover of nature and the region shared with those present a few words on behalf of his uncle: “It is with great enthusiasm that we are supporting the installation of this Rewilding Center in Vale Madeira believing that its activity will be beneficial not only for the implementation of the nature rehabilitation projects proposed by Rewilding Portugal for the Côa Valley but also for the local community and for the municipality of Pinhel”. Words that also fit Pedro Prata’s message, “We hope that this new center will energize the region, attracting nature lovers, tourists and other people interested in coming to know better the rich natural and cultural heritage of the Greater Côa Valley.”

Additionally, the Honorable Judge Pereira da Graça, a renowned person from Pinhel, graced the event with his presence and an inspiring speech on the importance of nature conservation, which was very well received by those present. In his words, a message of optimism regarding the inauguration of the Vale de Madeira Rewilding Center: “The action of this institution will transcend the Côa Valley area, will have national and even international connections. Its importance is potentially extraordinary and will certainly have the understanding and support of local populations. In a new era in which great transformations are envisioned, everything will change. Everything will change, except what we can now preserve and restore, like the biodiversity, because the biophysiological nature of the human person will never be able to do without it.” 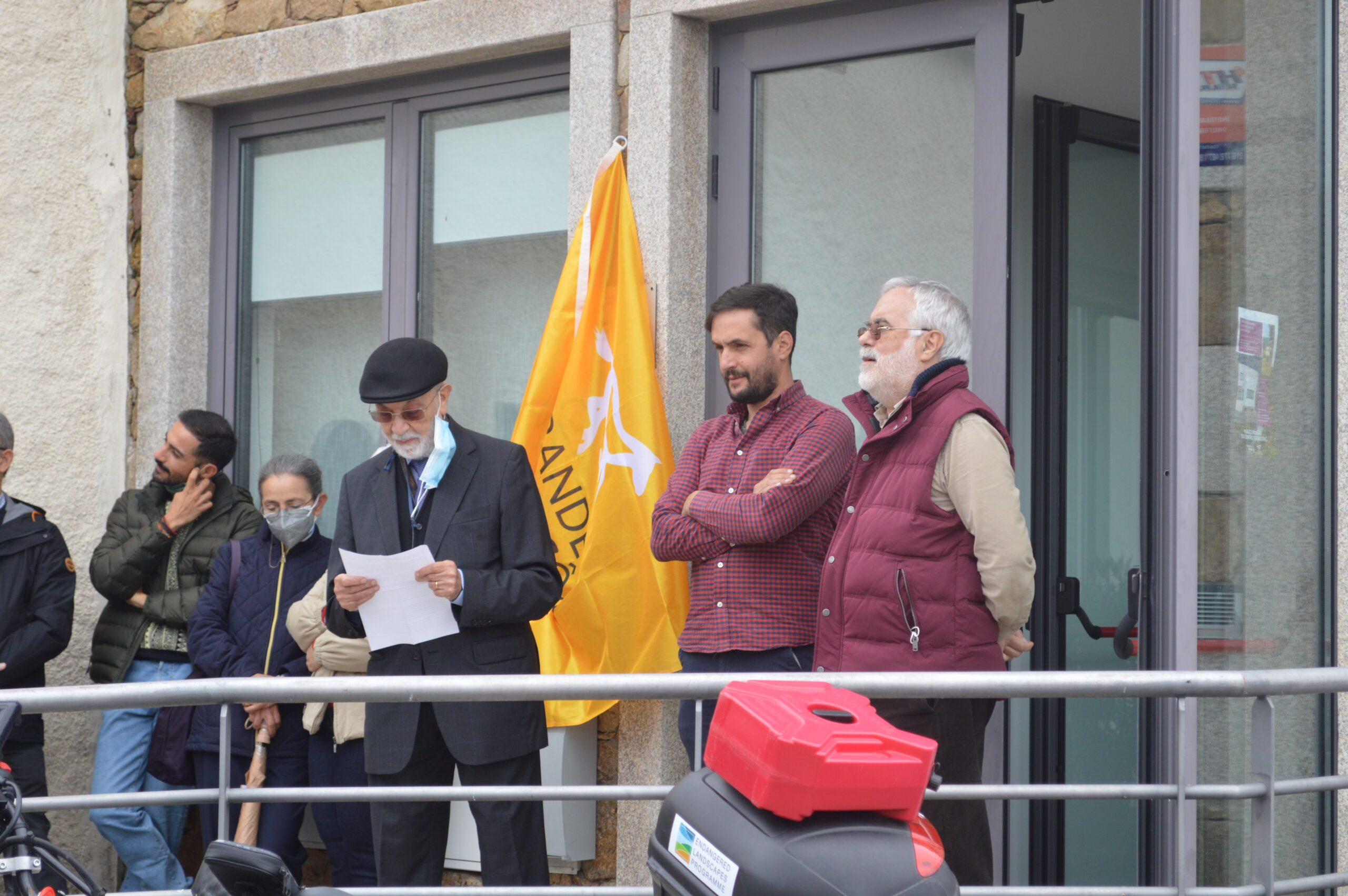 After that protocol moment and the opening speeches, the many people present were able to get to know the space and its new features better. The space was decorated with an interior garden of native Portuguese plants properly identified so that all the curious could get to know them. On the walls there were several strong and striking photographs of the region and properties and the work developed by Rewilding Portugal in its two years of existence, as well as photos of examples of the various important species that are expected to have their own role in the local ecosystem one day.

To celebrate the moment, a temporary photographic exhibition was also inaugurated, which will remain on display in the exhibition and conference space of the new Rewilding Center until the end of this year, with photographs by the duo Blue Nomads, a couple of Portuguese photographers who were in field with Rewilding Portugal accompanying a week of team work in a photographic mission organized in partnership with Rewilding Europe. 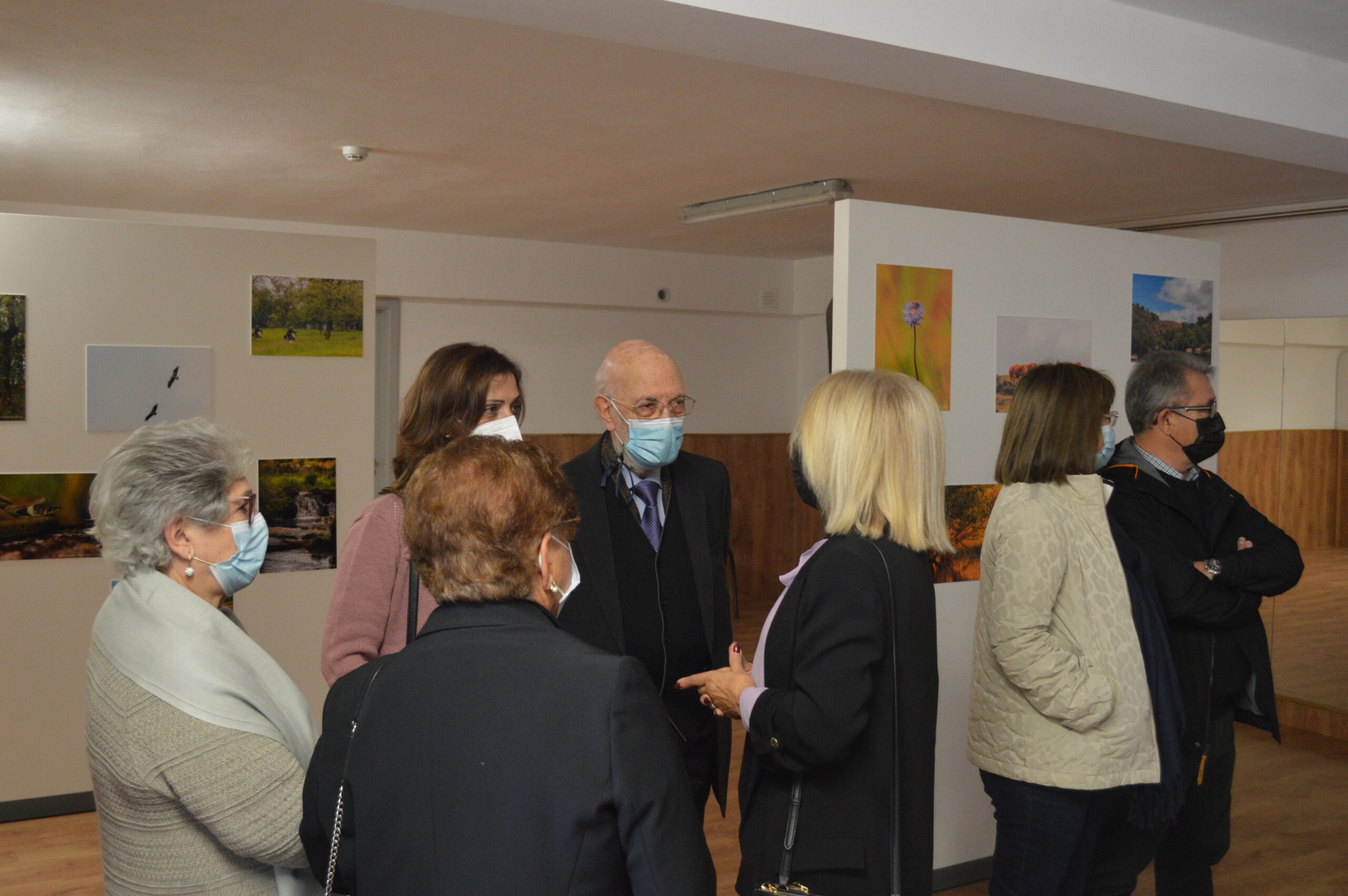 This Rewilding Center in Vale de Madeira is now available to receive and accommodate employees and partners, while it can also receive visitors and even tourists interested in getting to know the rewilding area, supporting and projecting a more sustainable and sustainable economy for the area. based on nature, based on local/regional businesses and products. Several members of the Wild Côa Network were present at the event, who made known their tourist offers in the region, including a display of natural products by Matreira and Flor Alta, two sustainable natural food and cosmetic companies belonging to the network. 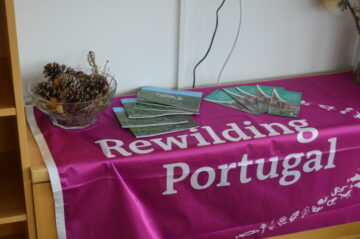 The event ended with a social lunch on the outdoor patio of the Rewilding Centre, where they could taste various products of the local gastronomy that are common on this time of year. There was also time for a documentary session, in which those present could watch the film “Rewilding, a new path for nature in Portugal”, produced by João Cosme and already nominated for nine national and international film festivals.

Rewilding Portugal invites all interested parties to come and discover this new space and visit the areas where rewilding actions take place to make the Greater Côa Valley a more natural and wilder place.

See the best moments of the openning in the video below: