A few months after the discovery of a colony of Cinereous vulture in Malcata Mountains Nature Reserve, by the Rewilding Portugal team, we now bring exciting and very positive news regarding another new colony of scavenger birds found, this time of griffon vultures. 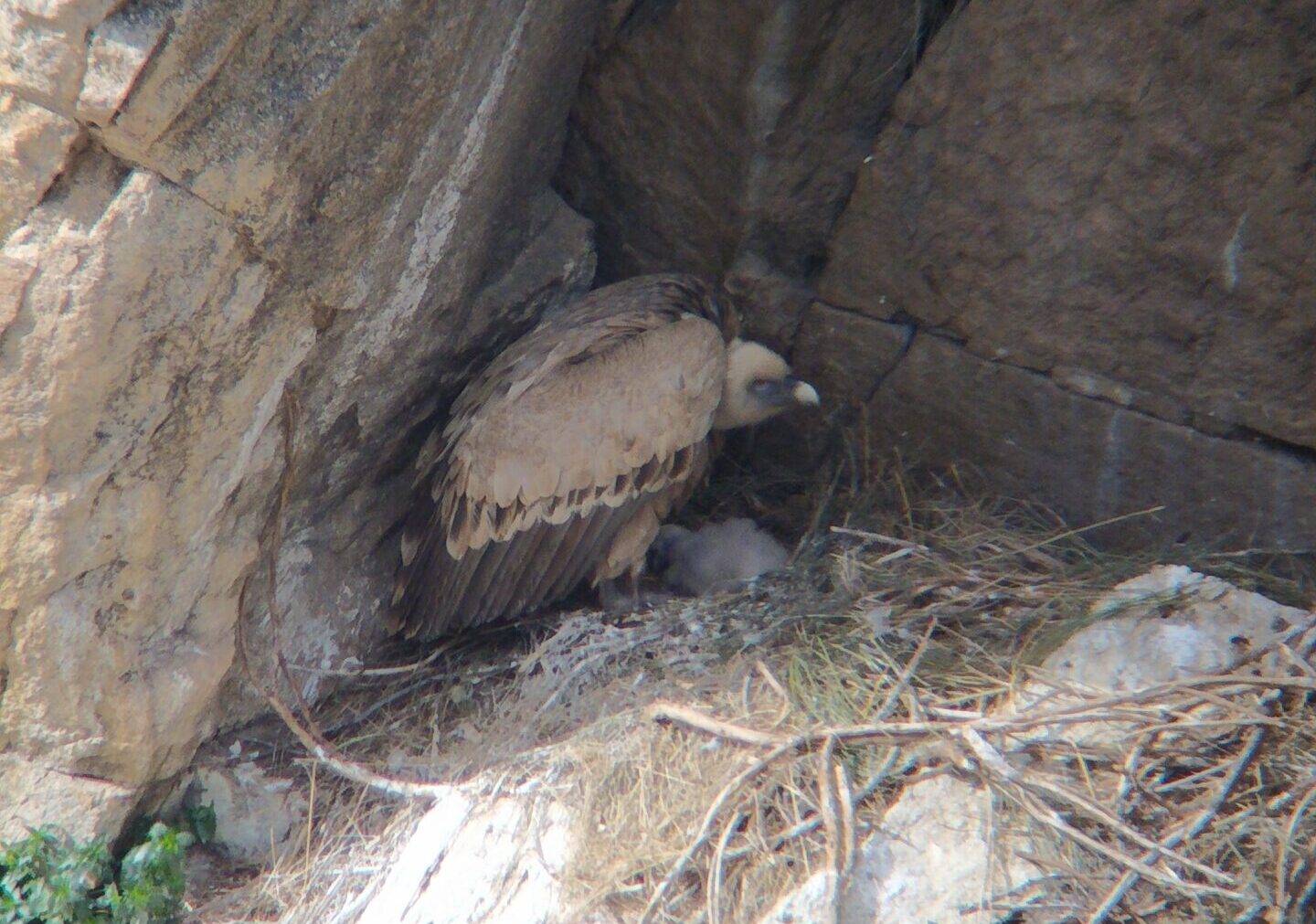 In November 2021, Rewilding Portugal confirmed the existence of a colony of cinereous vulture (Aegypius monachus), in which breeding success was confirmed in several couples in the Malcata Mountains Nature Reserve in 2021. This was excellent news at the time for a species that is still critically endangered in Portugal and of which only about 40 couples are known, most of them distributed in two main colonies in the Tejo International and in Alentejo.

A few months later, there is another good indicator of the gradual recovery of scavenger birds in this region of the country, with a new colony discovery in this nature reserve, this time of griffon vultures. Pedro Ribeiro, field officer responsible for monitoring scavenger birds at Rewilding Portugal, explains how this new discovery happened, after he had also discovered the cinereous vulture colony. “During the fieldwork I identified some griffon vultures perched on a small rocky outcrop, more than 1 kilometer away. From the behavior of the birds and the amount of droppings on the rocks, I suspected he was looking at a colony. Weeks later, we were able to confirm a total of 7 occupied nests and therefore a new breeding colony”, tells us Pedro Ribeiro.

Griffon vultures are expanding in our country and in Europe. Although they are classified as Near Threatened in Portugal, in recent years their numbers have increased substantially, now occupying more and more cliffs in the North and Central regions of Portugal, competing for space with other birds in our territory such as golden eagles, eurasian eagle-owls and black storks.

This colony now discovered in the Malcata Mountains is located almost halfway between the two largest populations of griffon vultures in Portugal, making an important bridge between the colonies of the Tejo International and the Douro International, which shows us that the population continues to grow and to settle in new locations.

With the increase of these birds, we will see a more functional ecosystem and with a complete life cycle again, where dead animal carcasses are cleaned in a matter of hours, therefore decreasing the spread of diseases. One day, who knows, these birds will have their role completely restored, benefiting the Portuguese economy, with the ecosystem services they provide through the cleaning of corpses and also because they are an attraction for nature tourism.

Rewilding Portugal will continue to closely monitor the evolution of the status of scavenger birds in the Greater Côa Valley.