Last week, the first two information sessions in the area of ​​LIFE WolFlux and Scaling Up Rewilding in Greater Côa Valley projects took place. They were in Vilar Maior and Covas do Monte and the balance of both is very positive 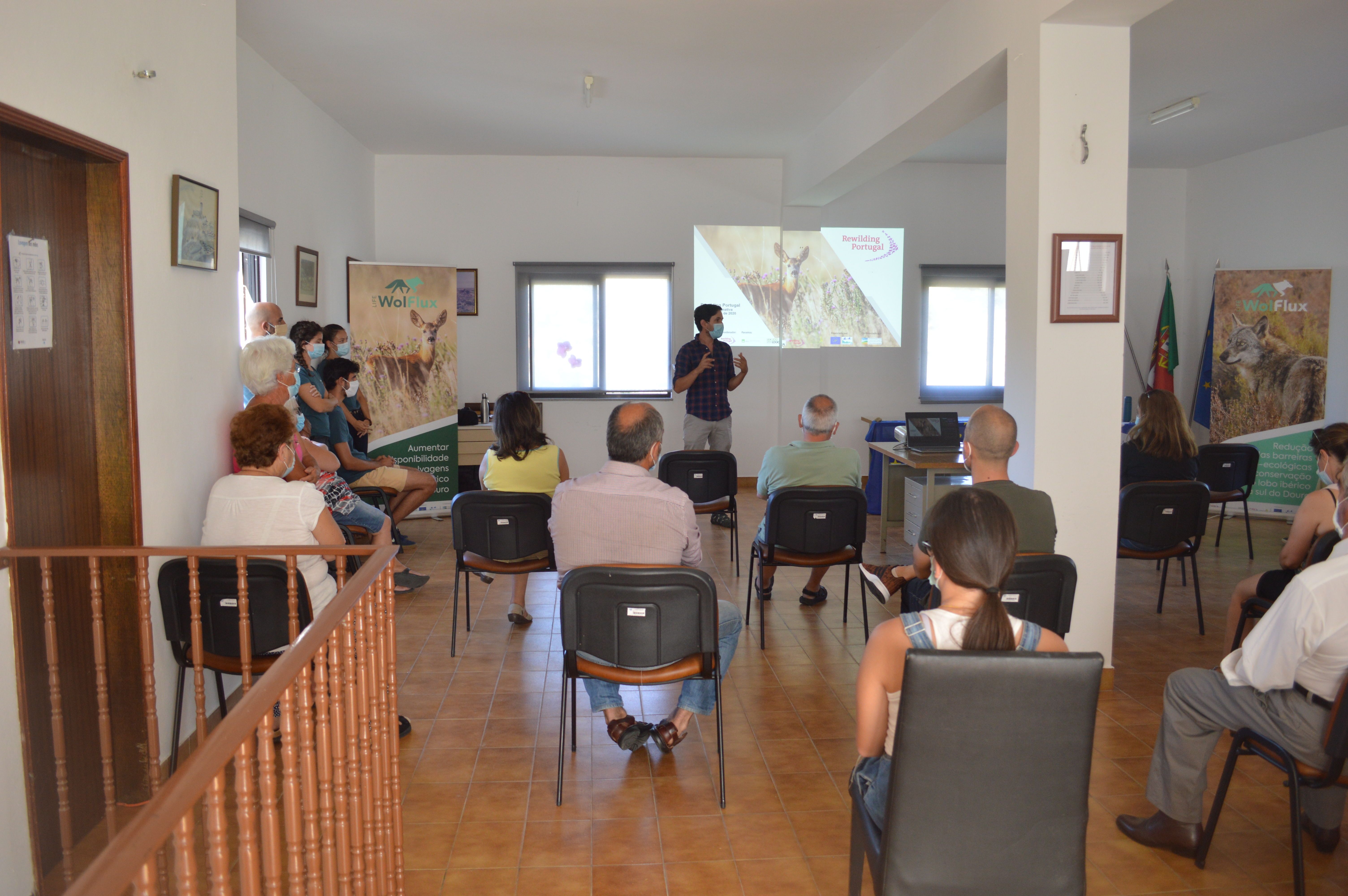 Last Wednesday, and after an active promotion of the event among the local population and the entire surrounding area, the first information session on the work of Rewilding Portugal and partners was held in the historic village of Vilar Maior, one of the key points to promote rewilding in the region. It was important to achieve greater contact with local communities and explain in a more depth and direct way what will be the work being developed on the ground and give some basic notions about the rewilding movement, still unknown to local populations.

The event took place with the support of União de freguesias de Aldeia da Ribeira, Vilar Maior e Badamalos, and took place in the hall of the village. Many were the citizens of the village and neighboring villages who came to attend the session, that culminated, after the explanatory part, in several pertinent doubts that Rewilding Portugal team answered, to leave no doubts unanswered. . At the end of the session, there was also a time for socializing, with a snack prepared by the technical staff of the Vilar Maior Day Center. 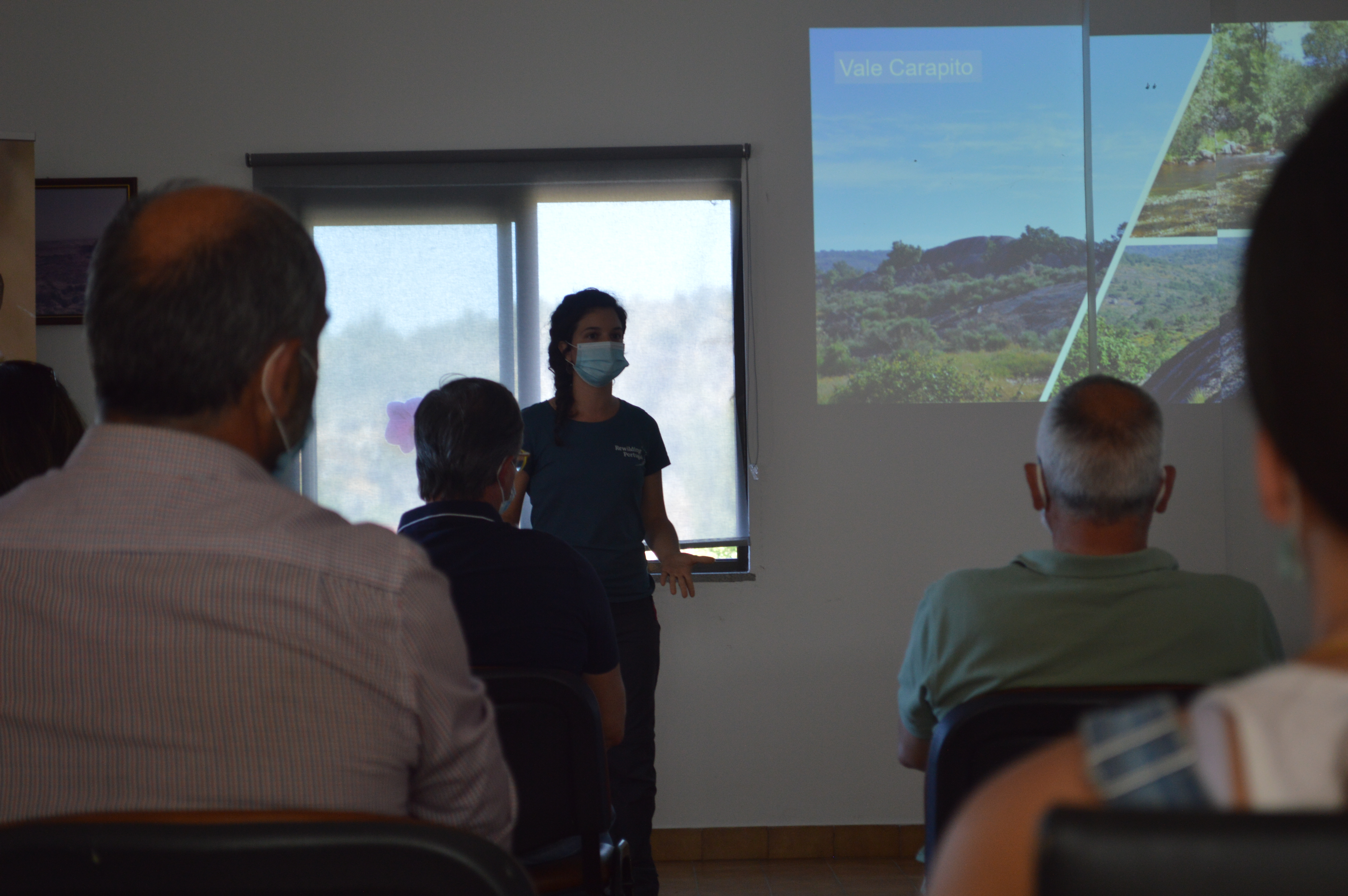 Preventive measures in Covas do Monte

Covas de Monte session, in São Pedro do Sul, took place on Friday and was more focused on the LIFE WolFlux project, also because it was held in a place where it is essential to talk about iberian wolf damage prevention measures , because there are many cattle producers who have had problems with the species. In order to promote a healthier coexistence between the Iberian wolf and man and to avoid conflicts with local populations, it is essential that producers know all the ways that exist to avoid losses, such as the use of guarding dogs and the installation of wolf proof fences.

In this session, held with the support of the Municipality of São Pedro do Sul, the focus was on the use of these loss preventive measures with the local community and the balance of this presentation and discussion of ideas is also very positive.

The importance of a proximity work

For these projects, carried out by Rewilding Portugal and its partners (Rewilding Europe, ATNatureza, University of Aveiro and Zoo Logical), it is essential to work with local communities. It is not possible to carry out long-term and sustainable conservation work if there is no contact with those who live and develop their activity in the intervention areas, since it is these communities that give life to these places and that also influence and play a decisive role in the existing dynamics. , including natural ones, and with direct influence on the environment and nature. 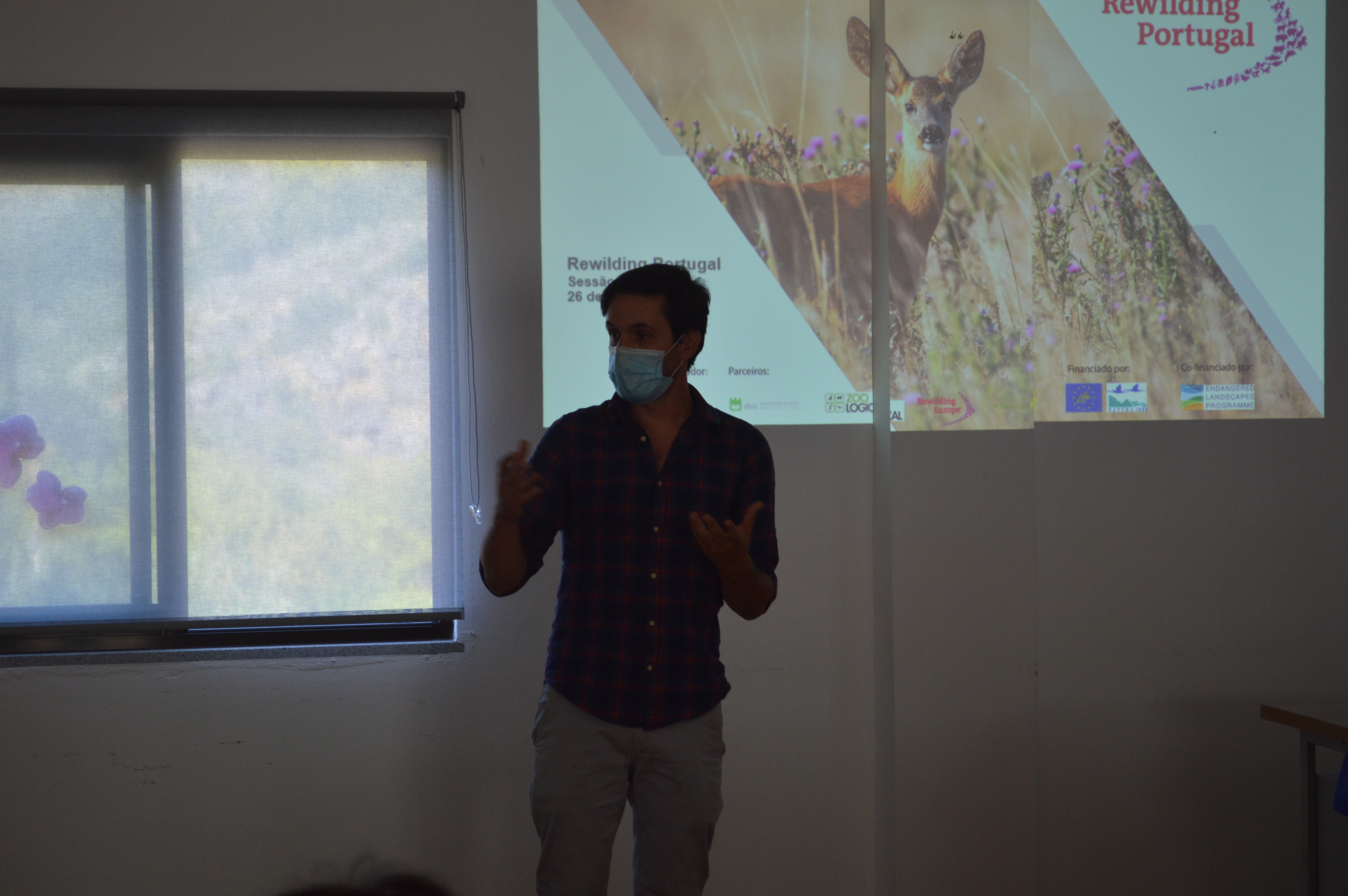 Scaling up rewilding in Portugal

May 17, 2019
Manage Cookie Consent
We use cookies to optimise our website and our service.
Manage options Manage services Manage vendors Read more about these purposes
View preferences
{title} {title} {title}