Rewiding Portugal and the Municipality of Sabugal came together to carry out the second edition of the nature photography contest “Rewilding Photo Contest”, an edition that brought many news and more attractive monetary prizes. Comunidade Cultura e Arte was also once again a communication partner for this photo contest and the winners were announced today. 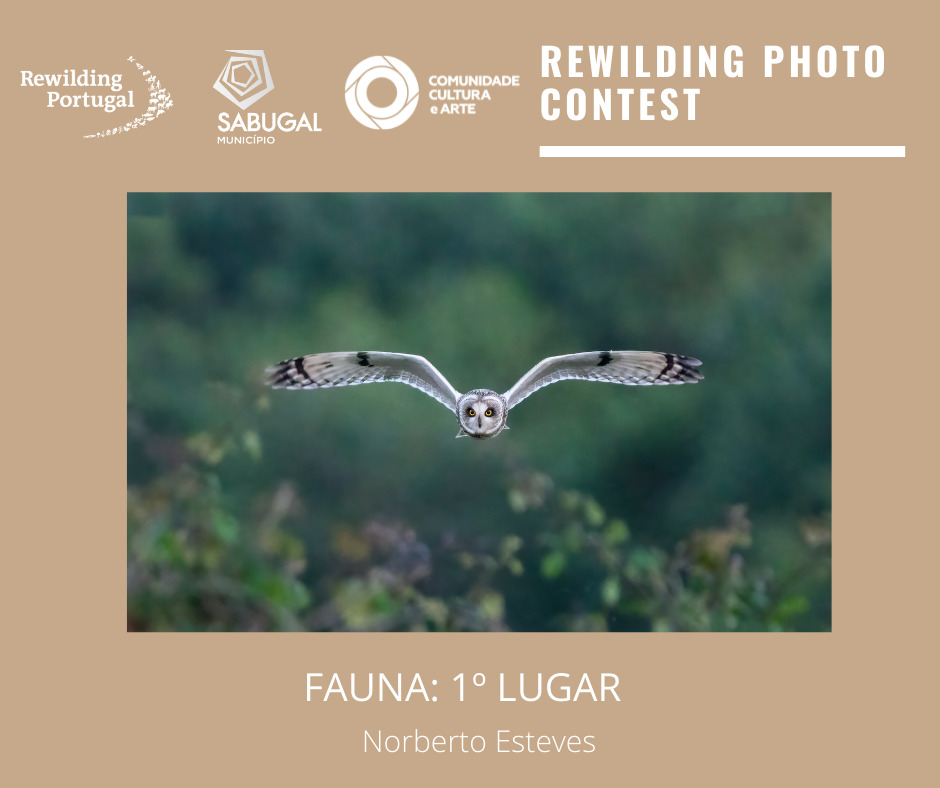 The nature photography contest “Rewilding Photo Contest”, has as its main objective to promote the Portuguese natural heritage and its respective valorization and protection, through nature photography as a way of making known to the community the magnificent ecosystems and respective species of fauna and flora that we have in our country. This year, the contest was divided into four different categories: Fauna; Flora and Fungi; Landscapes with natural habitats and the Greater Côa Valley, and it was in these categories that were elected first, second and third places in each. In the Fauna category, the first place went to Norberto Esteves, the second to Daniel Santos and the third to Brais Palmás. In Flora e Fungos, the winner was Guilherme Limas, followed by Pedro Esteves and Carlos Silva. In Paisagens Naturais, the winner was Margarida Marreiros, followed by Pedro Silva and Francisco Coimbra, the latter the only one repeating the last year’s prizes. Finally, in the Greater Côa Valley category, Jorge Macedo took first place, Agnes Sobon took second place and José Amaral took third.

The jury also decided to award four honorable mentions to photographs that, although did not win any prizes, were considered worthy of recognition by the jury for their quality, and will also be highlighted at the awards ceremony: João Lelo, Jorge Costa, Diogo Nazaré and Hugo Amador

First places will take home a cash prize of 250 euros, second places a prize of 150 euros and third places 75 euros, in addition to an Altano Rewilding bottle, a Wild 2021 magazine and a certificate for all awarded .

This same award ceremony will take place on October 1, in the municipality of Sabugal and, in addition to the ceremony, will feature a guided tour by the Rewilding Portugal team to Vale Carapito rewilding area, in Vilar Maior.

The organization thanks everyone who participated and now counts on everyone’s participation in next year’s edition!

See the gallery with all the contest winners of this edition: