Fourteen civil society entities are making a public appeal to the Secretary of State for Nature Conservation to prevent the new compensation system for damage caused by the Iberian wolf from threatening coexistence with this endangered species in Portugal.

Over the years, several Portuguese NGOs and researchers have been alerting the Portuguese State to the problems that the system of compensation for damage caused by the Iberian wolf raises, namely with livestock producers. This discontent has worsened in recent years, after the entry into force of the changes introduced by the law decree nº 54/2016, which previewed a new mechanism for calculating compensation, and which its considered to represent a worrying risk to the conservation of the Iberian-wolf in Portugal.

With the end of the transitional rule1 foreseen in that decree, introduced with the aim of allowing the adaptation of existing grazing methods to the new compensation regime, and in view of several concerns about the way in which this compensation system works, since October 2021 that 14 civil society entities have been alerting the national authority responsible (ICNF) and the Secretary of State for Nature Conservation about the need to review the law decree nº 54/2016 in a participatory way with all of the interested parties and to extend its transitional rule before it expires at the end of 2021.

After almost five years of application of that law decree, the signatory entities thus alerted to the existence of a series of problems. Among them, there is the major difficulty in the declaration of damages by the producers, which, because it is carried out digitally, constitutes a less inclusive process. Or the reduction of compensation amounts due to the progressive reduction and additional penalty regime whenever all protection requirements are not met, when access and technical support has not been sufficiently facilitated for the correct implementation of these measures in the different livestock management systems in the Iberian wolf’s distribution area. It should also be noted that many of the extensive livestock management systems do not meet the requirements of the law decree, as is the case with horses and cattle in some regions of the country. On the other hand, the new decree did not solve the problem of delays in the payment of compensations, with pending payment processes since 2018, according to data made available by the ICNF so far (Figure 1). 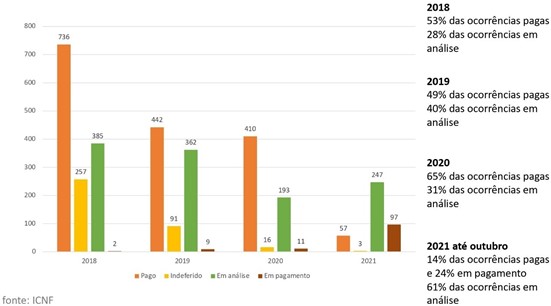 Figura 1. State inaction endangers the Iberian-wolf: transitional norm of compensation for damage caused to livestock by the Iberian wolf should have been extended to 2022. Source: ICNF.

The signatory entities also alerted to the fact that the dissatisfaction with the current system and the reduction in the number of damages declared to the ICNF (Figure 2), is leading to many producers not seeing their losses compensated, perceiving the lack of responsibility of the State for the damage caused by the Iberian wolf. This situation can lead to retaliation, resulting in increased stealth directed at the wolf, with impacts not only on this predator but on biodiversity in general. This risk is unacceptable, unnecessary and may compromise the conservation and recovery of the species, which is still “endangered” of extinction in Portugal, and that is being protected by law since 1988 (Law n.º 90/88, of 13 August). 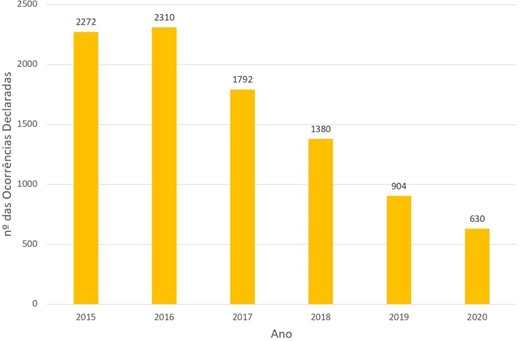 In response to the alerts, the ICNF acknowledged the need to revise the decree, but said that this will be a process that requires time to review proposed amendments to be introduced and dialogue with stakeholders. The Secretary of State, which was requested to urgently extend the transitional rule with retroactive effect to January 1, 2022, without which many cattle ranchers lose their right to receive compensation for damage caused by the Iberian wolf2, responded at the beginning February, that this matter “will be duly highlighted in the transition folder of this legislature”, thus revealing a lack of perception of its urgency.

Peaceful coexistence with the wolf is possible and is a reality in many areas of the north and center of the country. The damage to livestock caused by the species is localized and can be minimized with the implementation of livestock protection measures and different management techniques, but for this it is essential to ensure that producers with fewer resources have access to these measures and that all receive technical support on how to implement them properly. The delay in extending the transitional period will only harm more livestock producers and could have very negative impacts on the conservation of the Iberian wolf.

Thus, the signatory entities make a public appeal for the extension of the transitional period of this decree and the beginning of a process of dialogue between interested parties on the revision of it, including the signatories of this appeal, associations and confederations of livestock producers and other civil society entities. It is essential and urgent to effectively adapt this diploma to the current context of the conservation of the Iberian wolf in Portugal, helping to achieve the objectives of the National Action Plan for the Conservation of the Iberian Wolf (PACLobo) – reinforced by the Resolution of the Assembly of the Republic 115/2021, of April 15th. Only in this way will it be possible to guarantee greater acceptance of the compensation system for damages caused by the Iberian wolf by society in general, and by livestock producers in particular, and restore confidence in it so that it can effectively contribute to the conservation of the species in Portugal.

1 The Law-Decree No. 54/2016 previewed a transitional rule, during which (from January 1, 2017 to December 31, 2021) national authorities, in collaboration with livestock producers, their associations and other agents relevant, would promote the dissemination and application of the support mechanisms available and necessary for the full application of this regime.

2 In cases where the producers do not have damage prevention measures covered by Law-Decree 54/2016 on their farms, such as livestock guarding dogs accompanied by a shepherd and wolf-proof fences.