Biodiversity celebrated with Bioblitz in Ribeira do Mosteiro

As part of the LIFE ENPLC project, in which Rewilding Portugal is a partner, the first Bioblitz was carried out in one of our rewilding areas, Ribeira do Mosteiro, in Freixo-de-Espada-à-Cinta. In partnership with TAGIS and being an activity framed in the schedule specially developed for this day, the event had the participation of the Symington Family Estates team. 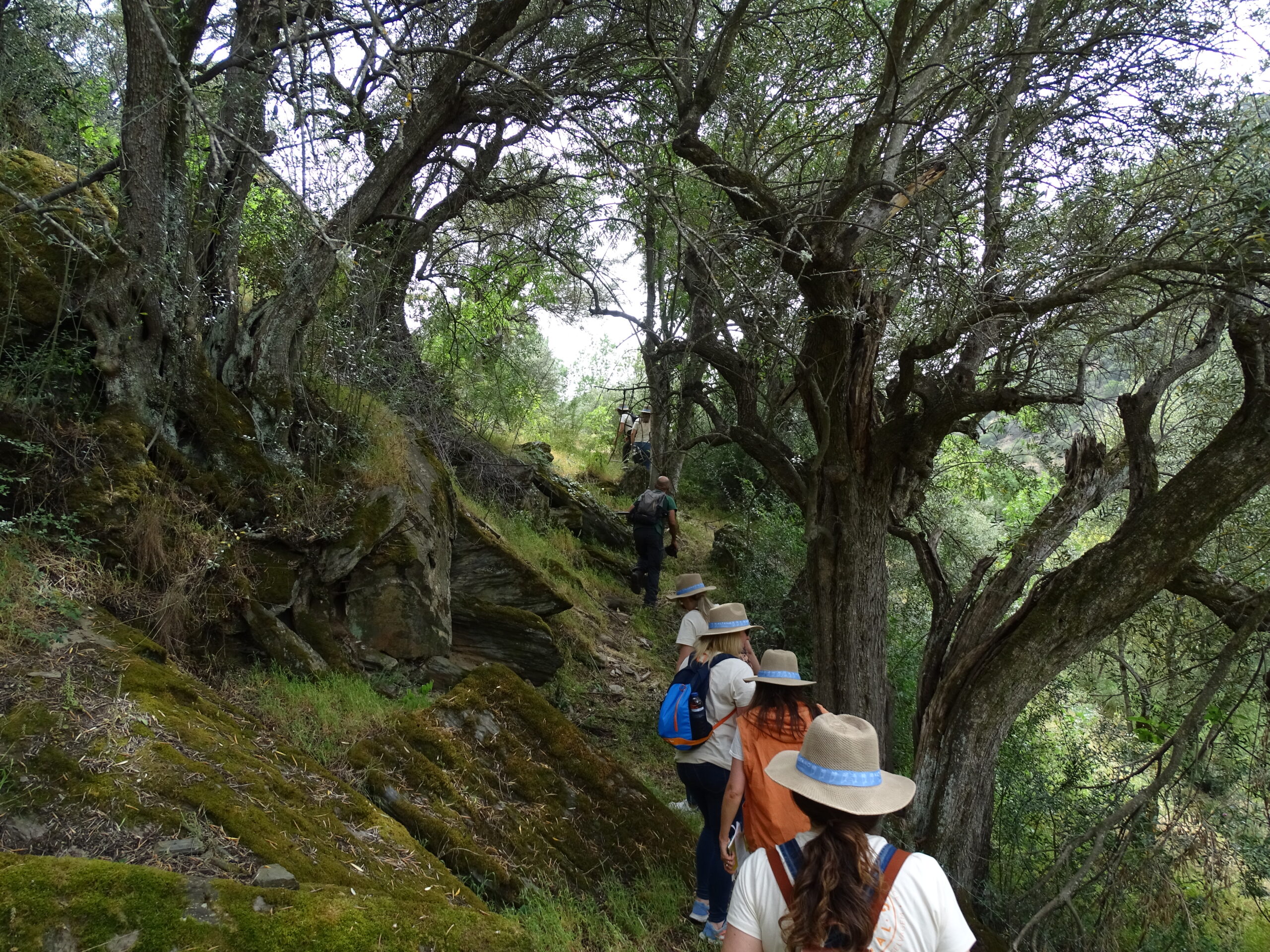 Bioblitz of the LIFE ENPLC project

The LIFE ENPLC – European Network for Private Land Conservation project aims to promote nature conservation and ecological restoration on privately managed land, with a vast consortium of partners across Europe, including Rewilding Portugal. As the location for one of the first actions of this project on the ground, the rewilding area of ​​Ribeira do Mosteiro was chosen as the stage for a Bioblitz, a one-day activity in which participants seek to record as many species from different biodiversity groups as possible, accompanied by specialists from different areas of biology.

The date of the event, May 20, was also chosen to celebrate Bee Day and May 22, Biodiversity Day. The initiative was coordinated by the Rewilding Portugal team, together with TAGIS and the botanist and researcher Celina Barroca, with the participation of the Plataforma de Ciência Aberta and of the Symington Family Estates team, a company in the wine sector, which has been a strategic partner of Rewilding Portugal for several years in our action, contributing to the reinforcement of the Greater Côa Valley ecological corridor, helping with promotional initiatives (namely the development of Altano Rewilding wine) and also in the organization of various initiatives of volunteering and corporatism with nature, as happened in this event. 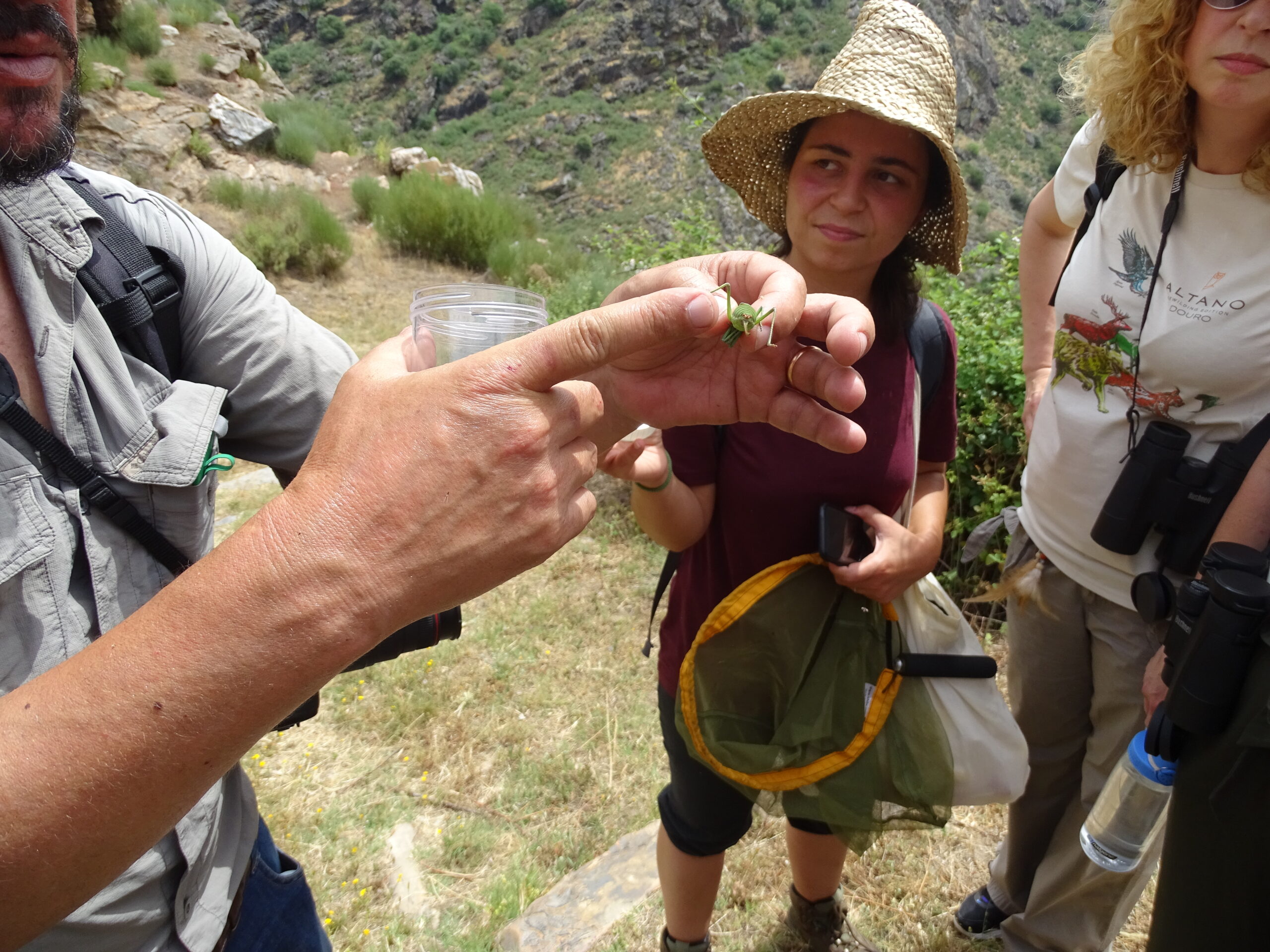 The event went well for lovers of biodiversity, both of fauna and flora, as a total of 130 species were recorded: 24 of vertebrates, 40 of insects and 66 of plants, in an experience that became a unique opportunity for participants to have a detailed contact with the identification of species and discover their role in the ecosystem.

Ribeira do Mosteiro, a rewilding area managed by Rewilding Portugal, is a key area for landscape connectivity, along the Douro River, in the municipality of Freixo-de-Espada-à-Cinta. Here, Rewilding Portugal is implementing ecological restoration actions that complement the vision of making the Greater Côa Valley a landscape with natural processes and complete trophic chains, reinforcing the ecological connectivity of the region.

Located on the north bank of the Douro River, the Ribeira do Mosteiro valley is one of the most emblematic places in the Douro International Natural Park, housing a formidable geological, biological and cultural heritage. In this rugged valley, it is possible to observe unique rock formations and walk along the famous Calçada de Alpajares, an ancestral path along which marks of human presence and their coexistence with nature dating back to the Paleolithic period are evident. 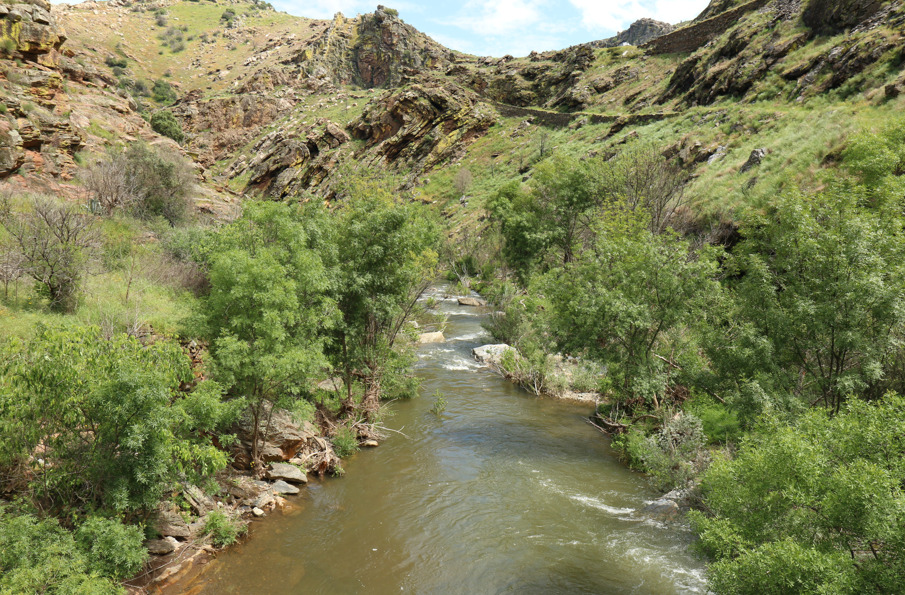 After millennia of changes in the ecosystem caused by human activity, a large part of the valley is currently in the process of rewilding, with old olive and almond groves being filled in by holm oaks, junipers, turpentines and other trees and shrubs that make up the original Mediterranean forest of the region. The escarpments that delimit the landscape are a nesting place for endangered birds such as the britango, the peregrine falcon, and the black wheatear, as well as the ever-present griffon vulture. The dramatic cracks and folds in the shale are home to numerous colonies of bats and rupicolous vegetation. At the bottom of the valley, the Mosteiro stream and its tributaries combat the aridity of the slopes and allow the existence of a great floristic wealth and several examples of centenary trees.

In this area, the work of Rewilding Portugal focuses on ensuring and facilitating the process of rewilding of the landscape, reconciling existing agricultural practices with biodiversity, and reducing the risk of major fires, one of the main threats to the biodiversity of Ribeira do Mosteiro. 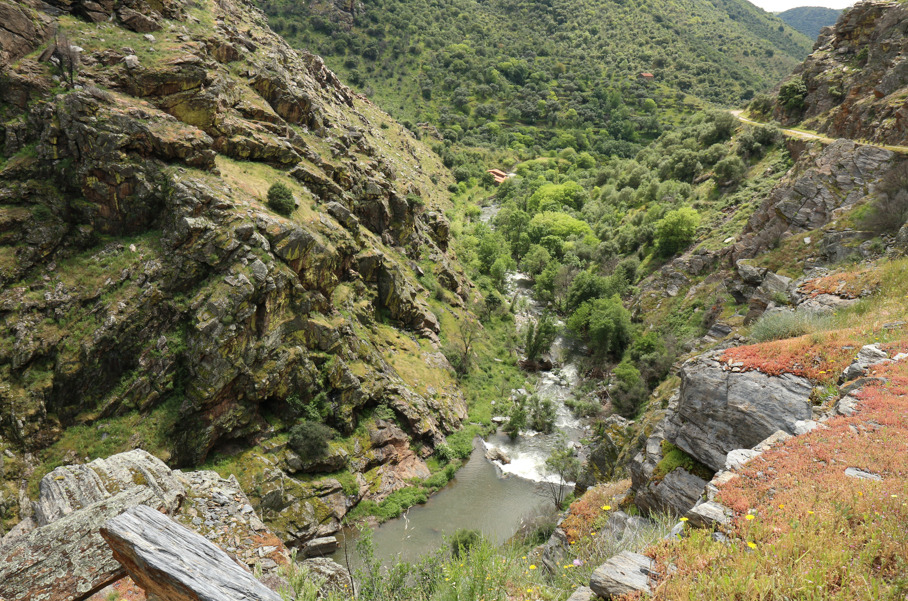 Symington Family Estates has clearly invested in the sustainability of its actions in the markets in which it operates, assuming social and environmental responsibility as one of the pillars of its business activities. It was from this structured will and the creation of a sustainability department within the company itself, that the possibility of creating a partnership between the two entities arose, which has been strengthening over time. Celebrated in 2020, this partnership encompasses both direct support to Rewilding Portugal, with the aim of supporting the strengthening of the ecological corridor of the Greater Côa Valley and promoting the development of a functional network of nature-based tourism in the region, as well as the development of other initiatives that help carry this important message of conservation and the importance of rewilding to restore ecosystems in Portugal throughout the country. 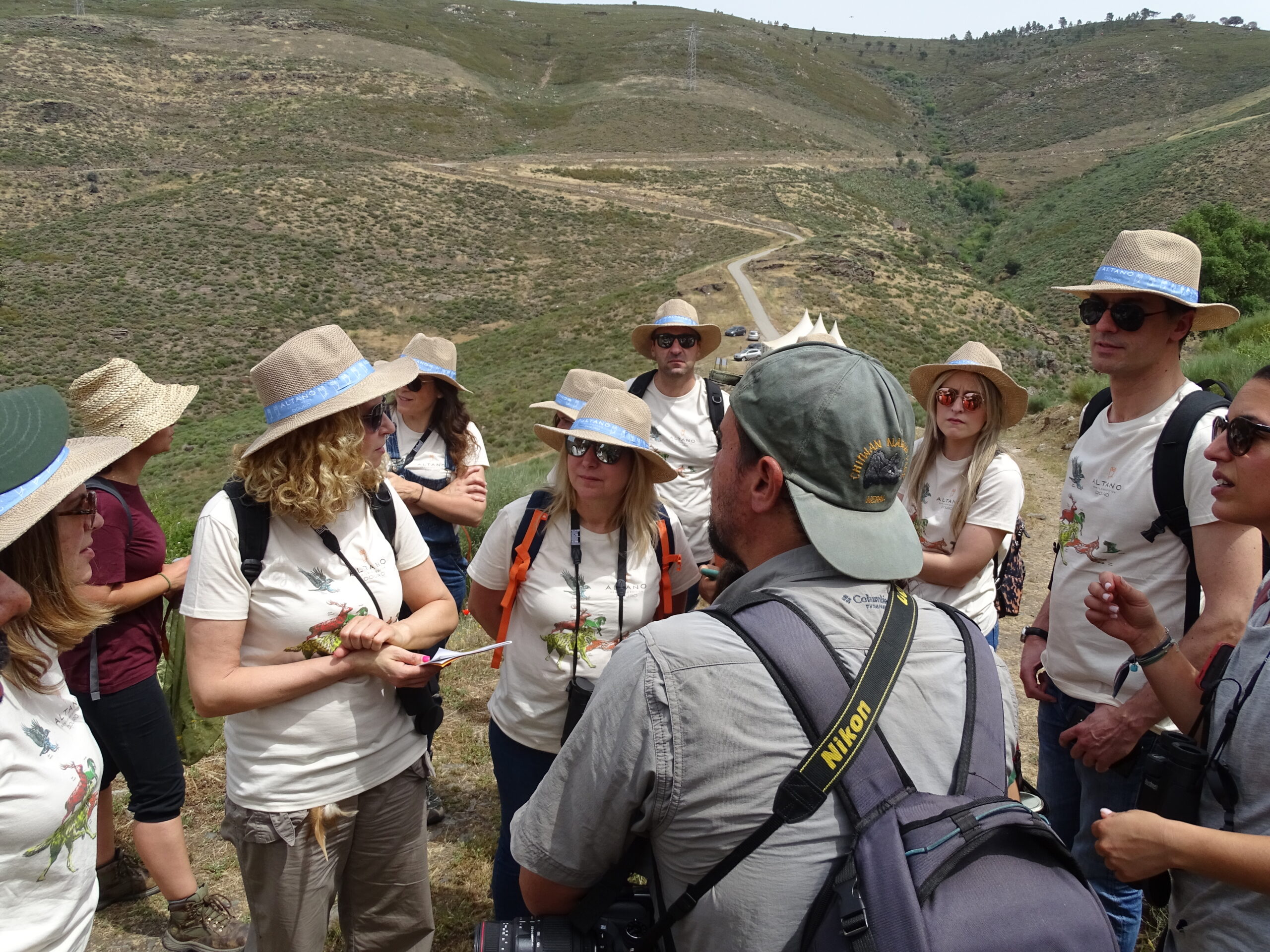 It was taking this path that the Altano Rewilding project was born, a wine that, in addition to raising public awareness directly (through its label) to the need to protect emblematic and native species of our territory, also aims to support the work developed by Rewilding Portugal and which has received excellent acceptance by the markets in which it is currently present.

The ENPLC Life project is an initiative of organisations representing private landowners and conservationists to mitigate climate warming and bring back lost biodiversity. The ENPLC project tests and improves the most promising private land conservation tools, advocates financial incentives, involves citizens and raises public awareness. The ENPLC project is supported by the European Commission’s LIFE environmental funding program and has 18 partners in 11 EU countries, including Rewilding Portugal. 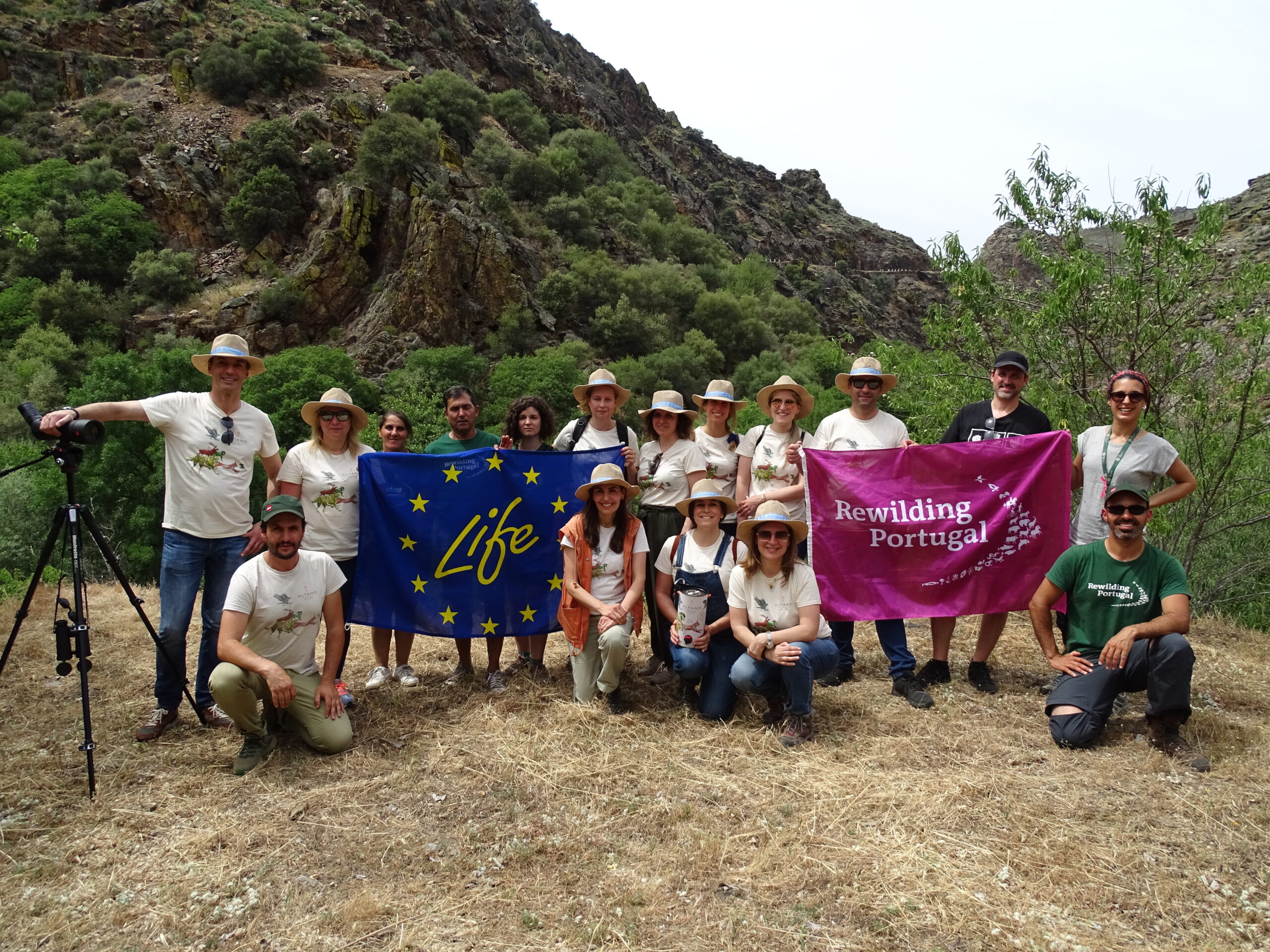 United Nations Decade on Ecosystem Restoration: Why we need rewilding